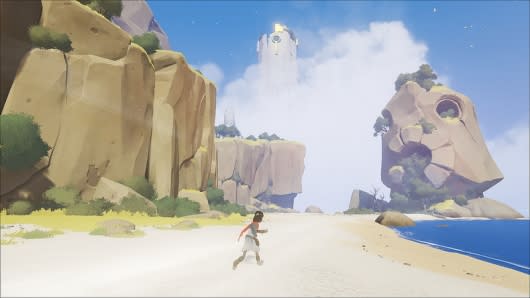 Horror fans excited by the possibility of a new game in the Siren series are getting some metaphorical coal in their equally-metaphorical stocking early; IGN reports that the Romanian PlayStation 4 press release which seemed to have leaked a PS4-bound Siren game was actually referring to the working title for Rime by Tequila Works.

"The listing for Siren was a mistake, it should have listed Rime," Sony told IGN. Not much is known about Rime at this time - oh hey, that rhymes! - other than it will feature open-world exploration of an ancient civilization's ruins. While that's probably not what Siren hopefuls had in mind, the Rime trailer shows some strange and spooky creatures moving about, so ... silver lining and all that.
In this article: mistaken-identity, playstation, ps4, rime, siren, sony, tequila-works
All products recommended by Engadget are selected by our editorial team, independent of our parent company. Some of our stories include affiliate links. If you buy something through one of these links, we may earn an affiliate commission.