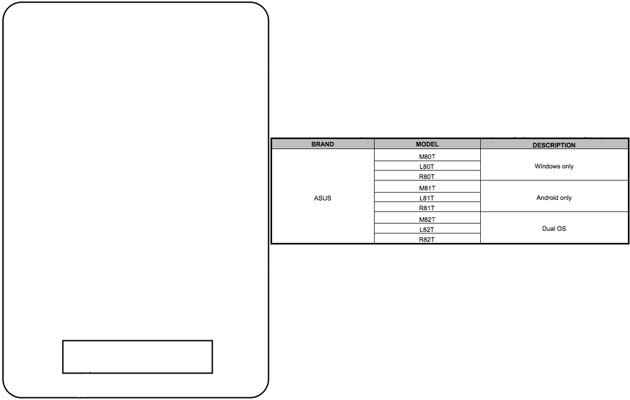 ASUS already has a knack for hardware that uses multiple operating systems, but it may up the ante with a new M80T tablet that has just reached the FCC. The device should ship in three primary variants (nine total) that respectively run Android, Windows or both -- you'll get to use the OS that you prefer, even if you're indecisive. There aren't many other clues as to the tablet's nature, although the M80T may be an entry-level slate when its wireless support is limited to 802.11n WiFi and Bluetooth 4.0. We also don't know when it will ship, although ASUS' tendency to unveil numerous devices at CES suggests that we could learn more in about a month's time.

In this article: android, asus, fcc, l80t, m80t, msq-m80t, r80t, tablet, windows
All products recommended by Engadget are selected by our editorial team, independent of our parent company. Some of our stories include affiliate links. If you buy something through one of these links, we may earn an affiliate commission.