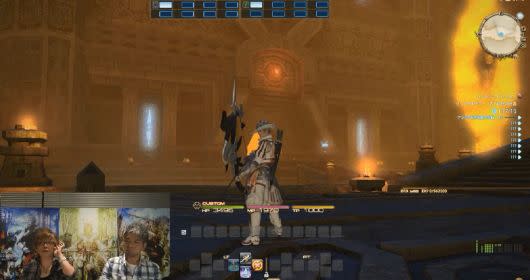 Final Fantasy XIV recently hosted its tenth Letter from the Producer livestream, in which producer Naoki Yoshida (or as the fans call him, Yoshi-P) tackles a number of questions regarding the game's upcoming changes and new content. The livestream itself is available for viewing in all of its two-and-a-half hour glory, but if you're just interested in the juicy questions and answers (or if you don't happen to speak Japanese), they're all transcribed in the official post.

The questions run the gamut from planned changes for some classes such as Dragoon and Bard to details on the upcoming aesthetician, which will allow players to change their character's hairstyle for 2,000 gil. The majority of the questions, however, are on the topic of the upcoming 24-player Crystal Tower dungeon. Yoshida provides details on the dungeon's planned difficulty (it will have an average item level requirement of 55), how loot will be distributed (each boss will drop one loot chest for each party participating), the quality of gear players will receive (item level 80, slightly weaker than gear from Binding Coil of Bahamut), and much more. For the full Q&A transcript, head on over to the game's official forums, or click past the cut to watch the livestream in its entirety.

In this article: console, consoles, crystal-tower, fantasy, ff, ff14, ffxiv, final-fantasy, final-fantasy-14, final-fantasy-xiv, letter-from-the-producer, livestream, livestreams, naoki-yoshida, q-and-a, qa, question-and-answer, square, square-enix, trailer, trailers, video, videos, yoshi-p
All products recommended by Engadget are selected by our editorial team, independent of our parent company. Some of our stories include affiliate links. If you buy something through one of these links, we may earn an affiliate commission.