Android fans who've been waiting for a stable edition of CyanogenMod 10.2 can finally start their downloads. Cyanogen has just released its final version of the custom firmware, giving the curious a (relatively) safe way to try the company's take on Android 4.3. Don't expect future support from Cyanogen beyond the usual bug and security fixes, though. The stable 10.2 release marks the formal end to development of Jelly Bean-based ROMs -- after this, the coding team is shifting its attention to CyanogenMod 11, the first release based on Android 4.4 KitKat.

In this article: android, android4.3, CustomRom, cyanogen, cyanogenmod, cyanogenmod10.2, jellybean, mobilepostcross, smartphone, tablet
All products recommended by Engadget are selected by our editorial team, independent of our parent company. Some of our stories include affiliate links. If you buy something through one of these links, we may earn an affiliate commission. 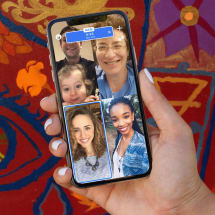