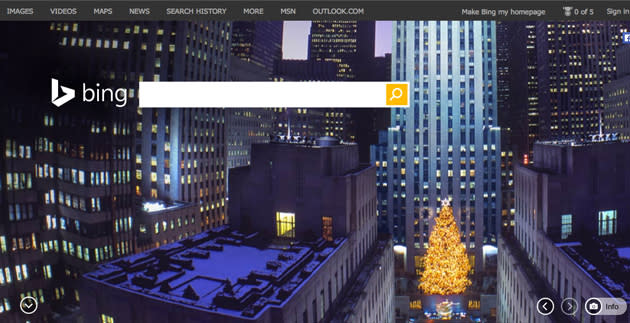 Much like George Orwell's classic 1984, wars continue in the technology industry without seeming regard for who the enemy is or who it once was. Take, for example, Nokia's embrace of Windows Phone and Microsoft's subsequent embrace of Nokia. The once global smartphone leader initially championed Symbian as a countermeasure to the threat of phone domination by Microsoft. However, Nokia ultimately joined Microsoft in a bid to prevent the same from happening with Android.

The competitor you're fighting now may not be the one you need to be prepared for tomorrow.

The comparison is helpful in understanding reactions to recent suggestions that Microsoft sell off its investment-heavy Bing and Xbox divisions -- the competitor you're fighting now may not be the one you need to be prepared for tomorrow. Xbox and Bing certainly seem to fit in with Microsoft's mission to become a "devices and services" company, but their relative value is in flux as ecosystem rivals, Apple and Google, undergo their own transformations.

Bing and its companion services, including image search, local search, mapping and translation, were conceived as direct rivals for Google. Google, which has been so synonymous with search that it is often used as a verb for the act of web searching, remains dominant in understanding the web and, increasingly, the physical world. This is due in no small part to its omnipresent Android probes capturing information about the physical world and the behaviors of those who inhabit it.

But if one looks at the kind of company Microsoft is trying to become, the model is clearly closer to Apple than Google. One might look at Apple and say that a strong presence in search and attendant information services is not a requirement for a strong ecosystem. However, while Apple was able to use Google's services during its mobile ascent, it has more recently needed to seek alternatives. For mapping, it has struck out on its own and felt many growing pains along the way. For searching with Siri, Microsoft has already benefitted by having Bing available as an alternative. Apple still feeds a competitor, albeit a weaker one, by supporting Bing. And in emerging information services, Apple is trying to blaze its own way in better understanding indoor mapping via its recent acquisition of original Kinect enabler PrimeSense. This is clearly a technology Microsoft has invested in with its own next-generation Kinect.

Apple still feeds a competitor, albeit a weaker one, by supporting Bing.

Without question, Bing provides strategic value, but does Microsoft need to own it? Microsoft would be a natural customer for an independent Bing. And Apple and other companies with a competitive Microsoft relationship would also be more comfortable supporting it were it not beholden to Redmond prerogatives. But an independent Bing would at least partially return Microsoft to the situation it was in before Bing started, a scenario in which it has no central web portal and set of information services over which it has complete control. That's a liability that Apple certainly feels these days. It is a classic case of improving shareholder value in the short term versus investing for the long term. Without Bing, Microsoft doesn't have much of a services message in the consumer space.

The next Switched On will evaluate the strategic value of Microsoft's Xbox franchise, how its competitive environment and contribution differ from Bing's and when might be the right time to sell it off.

Ross Rubin is principal analyst at Reticle Research, a research and advisory firm focusing on consumer technology adoption. He shares commentary at Techspressive and on Twitter at@rossrubin.
In this article: apple, bing, column, microsoft, primesense, rossrubin, search, switchedon
All products recommended by Engadget are selected by our editorial team, independent of our parent company. Some of our stories include affiliate links. If you buy something through one of these links, we may earn an affiliate commission.