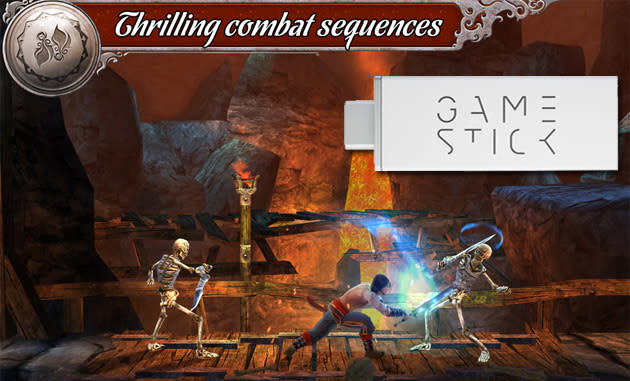 When we reviewed the GameStick Android console, one of our main concerns was how the library of titles on offer would pan out over time. Today, it's just been announced that Ubisoft will be bringing its Prince of Persia franchise to the platform. Specifically The Shadow and the Flame. This is good news for GameStick owners, and represents the first major developer to embrace the platform, though there's no official release date just yet. PlayJam (the company behind GameStick) advises that there are even more big name game houses set to get onboard too. Of course, there's still plenty of love for the indie side of things, but for those that like to ride both sides of the gaming tracks, things are looking up.

In this article: android, gamestick, hdpostcross, prince of persia, ubisoft
All products recommended by Engadget are selected by our editorial team, independent of our parent company. Some of our stories include affiliate links. If you buy something through one of these links, we may earn an affiliate commission.