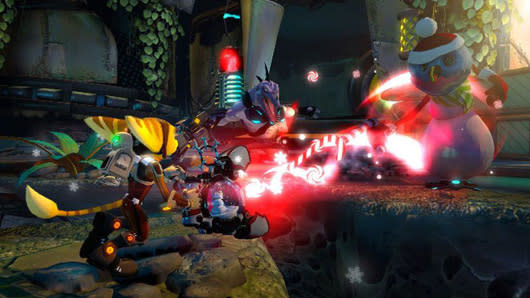 The Pan European Game Information (PEGI) system reports an age rating of 7 for the supposed Vita version of Into the Nexus, while Brazil's ratings board also suggests that a Vita port is in the works. The ratings submissions follow up on a Vita listing at Amazon France earlier this year, reported by PlayStation Universe.

The PlayStation 3 version of the game was found to list a Vita edition in its trophy set upon its launch last month, but Sony has yet to comment on the possibility of a release for its portable platform.
In this article: insomniac-games, playstation, playstation-vita, ratchet-and-clank-into-the-nexus, sony, vita
All products recommended by Engadget are selected by our editorial team, independent of our parent company. Some of our stories include affiliate links. If you buy something through one of these links, we may earn an affiliate commission.