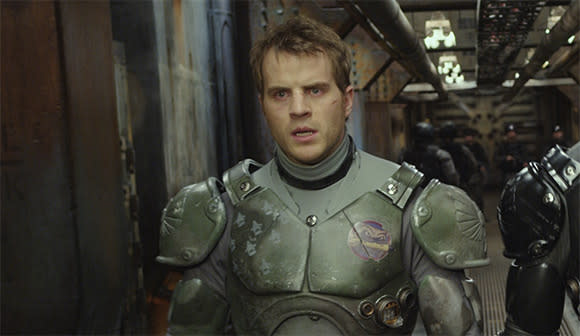 Yesterday, Legendary Pictures revealed some of the principal cast members for the upcoming Warcraft movie, which is slated to begin filming in January and will be released on March 11, 2016. One of the actors revealed was Robert Kazinsky, who you may remember from Pacific Rim (as seen above) or season 6 of True Blood. Kazinsky tweeted he is a longtime WoW player, with 463 days /played and several max level characters.

Judging by his tweets he seems very excited to be a part of the project, and it's fun to know at least one of the main cast members is an avid WoW player. You can check out our Warcraft movie liveblog from BlizzCon to learn what little we know about the film's plot and characters so far.
In this article: legendary-pictures, robert-kazinsky, warcraft-casting, wow-movie
All products recommended by Engadget are selected by our editorial team, independent of our parent company. Some of our stories include affiliate links. If you buy something through one of these links, we may earn an affiliate commission.