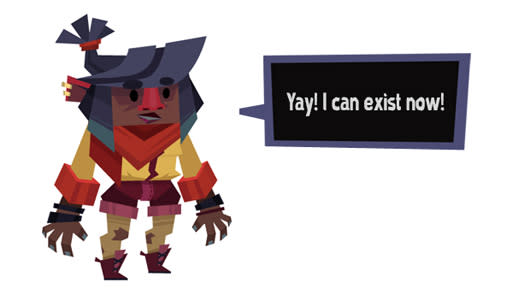 Dyscourse, the desert-island survival sim from Snuggle Truck developer Owlchemy Labs, has met its goal in the final few hours of its Kickstarter campaign, securing funding for development on Windows, Mac, and Linux.

Owlchemy faced an uphill battle in the final week of its campaign, but crested its $40,000 funding goal with 36 hours to spare. Funding picked up steam following a barrage of updates from Owlchemy, during which the studio produced a mini-documentary and announced a bonus Dyscourse scenario that pits real-world indies against one another in a no-holds-barred struggle for survival.

Dyscourse is due for release in September next year via Steam.
In this article: crowdfunding, dyscourse, indie, kickstarter, mac, owlchemy-labs, pc
All products recommended by Engadget are selected by our editorial team, independent of our parent company. Some of our stories include affiliate links. If you buy something through one of these links, we may earn an affiliate commission.