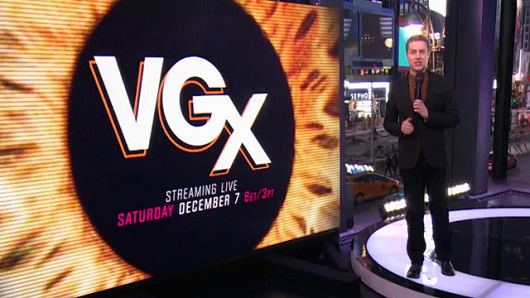 It's that time of year again. Spike's VGX 2013 video game awards, previously referred to as the VGAs, begin at 6pm ET (3pm PT, 11pm GMT) and we'll be covering the spectacle in force. Join us here for all the news live as hosts Joel McHale and Geoff Keighley, along with their lineup of guests, highlight the video games of 2013.

Joystiq will also enable its seldom-used second screen experience functionality throughout the show. While tuning into the liveblog here, you can open this link on another device and watch the VGX 2013 show along with us. Let's do this!
In this article: 3ds, android, ios, ipad, iphone, kinect, mac, microsoft, mobile, nintendo, pc, playstation, playstation-vita, ps3, ps4, spike-vgx-2013, vgx-2013, vita, xbox, xbox-one
All products recommended by Engadget are selected by our editorial team, independent of our parent company. Some of our stories include affiliate links. If you buy something through one of these links, we may earn an affiliate commission.
Share
Tweet
Share