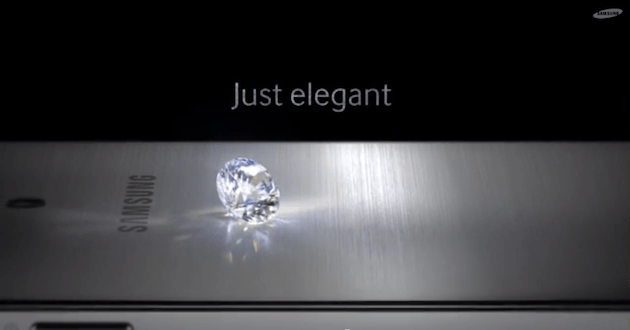 Samsung Taiwan thought it was being sneaky when it released a teaser video of a mystery smartphone on YouTube, describing it as "just fast," "just elegant," "just for you" and "just simple." Naturally this led many to speculate that this particular device, which appears to feature a brushed-metal back, LTE and a thin profile, is either the Galaxy S 5 or the next big thing. However, upon closer inspection, we noticed a small inscription on the lower-right side of the phone (at the 8-second mark): SC-02F, which is the model number for the Galaxy J, a 5-inch powerhouse that's currently exclusive to Japan.

In addition to a few flashy images of the device, which certainly matches the overall look and build of the Galaxy J, Samsung also teased a December 9th launch by showing it off on the face of a Galaxy Gear. Sure, the 9th could simply be a coincidence, but we're willing to guess that this particular date wasn't just added to the video at random. The fact that the Galaxy J was certified in Taiwan last month only adds more credence to this possibility, but the only thing we aren't certain of at the moment is if we can expect to see the J making its way to other regions as well. We have a feeling we'll have a much clearer idea come Monday.

The Japanese version of the Galaxy J features a 5-inch 1080p Super AMOLED display, 2.26GHz quad-core Snapdragon 800 chipset, 3GB of RAM, a 13.2MP rear camera with optical image stabilization, a 2,600mAh removable battery, 32GB of internal storage and microSD support. There's no guarantee that the Taiwanese version will offer the same exact specs, but it's much more tantalizing if it does. Check out the teaser video after the break.

Update: As suspected, the Galaxy J for Taiwan is now official, sporting the same specs as the Japanese model. With a suggested retail price of 21,900 New Taiwan dollars (around $740), the white version will go on sale December 13th and a pink option is expected to arrive January 2014.

In this article: galaxy j, galaxyj, mobilepostcross, samsung, samsunggalaxyj, taiwan, teaser, video
All products recommended by Engadget are selected by our editorial team, independent of our parent company. Some of our stories include affiliate links. If you buy something through one of these links, we may earn an affiliate commission.