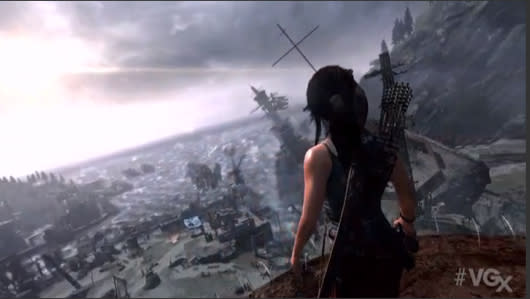 As an ad on Spike's VGX site suggested earlier today, Tomb Raider: Definitive Edition is scheduled for a shipwreck on the PS4 and Xbox One in January 28. The Definitive Edition will include improved visuals, including TressFX, and all of the previously released multiplayer DLC. It will not support 3D visuals like the PC version. Definitive Edition is a collaborative effort between Crystal Dynamics, Nixxes and United Front Games. It's also already available for pre-order on Amazon.

Ports of this year's Tomb Raider reboot were hinted at last month when Xbox One and PS4 versions were listed on Brazil's rating board. At that time, Amazon Italy also briefly hosted a PS4 listing for the Definitive Edition. In this article: crystal-dynamics, microsoft, playstation, ps4, release-date, spike-vgx-2013, square-enix, tomb-raider-2011, tomb-raider-2012, tomb-raider-2013, vgx-2013, xbox-one
All products recommended by Engadget are selected by our editorial team, independent of our parent company. Some of our stories include affiliate links. If you buy something through one of these links, we may earn an affiliate commission.