LivingPackets will trial its next-gen smart delivery parcels in France

GM's BrightDrop is building an EV 'ecosystem' for delivery companies 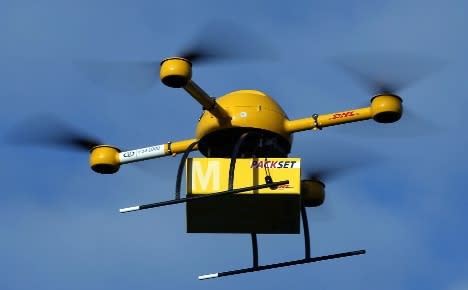 Well, it looks as if Amazon really started a trend since taking the wraps off of its Prime Air service. Not long after UPS said it, too, was experimenting with a delivery method lead by drones, Deutsche Post DHL, which is deemed to be the world's largest carrier, has begun to test its very own service in the German city of Bonn. Earlier today, the company used what it is calling the Paketkopter to transport and deliver a box of medicines across the Rhine river, with the entire trip totaling about 0.6 mile and taking the drone around two minutes to complete it.

Although this particular Paketkopter model was being controlled by humans, Deutsche Post did say there is an option for its drones to be flown without any assistance and have them rely solely on GPS. However, the parcel carrier isn't actually planning to launch a drone delivery service anytime soon, noting that this stage is only "the beginning of the research project." We'd suggest paying the DW link below a visit, where you'll find a video of the Paketkopter's first successful mini trek.

In this article: delivery, delivery service, Deutsche Post, DHL, Drone, Drone delivery, Drones, Paketkopter
All products recommended by Engadget are selected by our editorial team, independent of our parent company. Some of our stories include affiliate links. If you buy something through one of these links, we may earn an affiliate commission.