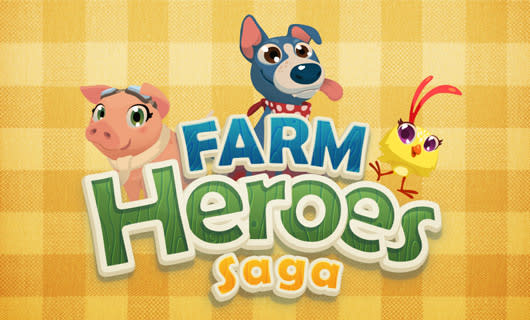 Candy Crush developer King has delayed its stock market launch until next year in order to establish its worth beyond a single standout hit in the social and mobile gaming markets, The Telegraph reports.

In a bid to prove that it's not just a one-hit wonder, King announced that it will bring its Facebook hit Farm Heroes Saga to iOS and Android devices in 2014. Boasting match-three gameplay in the same vein as King's Candy Crush Saga, Farm Heroes Saga will sync save data with Facebook, allowing players to resume their progress and unlock new levels on any supported platform.

Rival social game publisher Zynga began public trading on Nasdaq in 2011, but faltered when it failed to follow up on the success of its Farmville games. Rovio faced similar concerns with its Angry Birds series, announcing recently that it has no plans for an initial public offering.
In this article: android, candy-crush, candy-crush-saga, farm-heroes-saga, ios, ipad, iphone, ipo, king, mobile, pc
All products recommended by Engadget are selected by our editorial team, independent of our parent company. Some of our stories include affiliate links. If you buy something through one of these links, we may earn an affiliate commission.