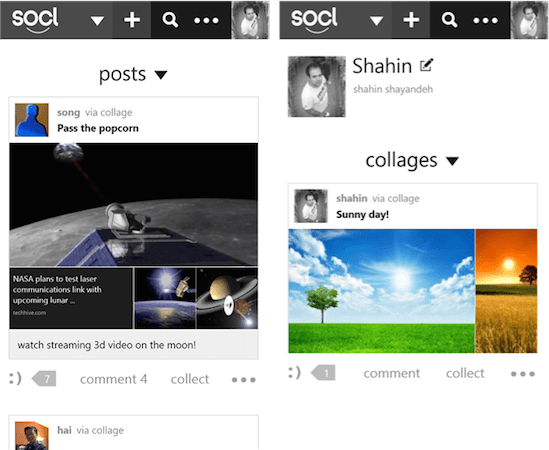 The Microsoft Research team launched Socl in beta form a little over a year ago -- and yes, it is still very much alive. Now, Redmond's experiment could potentially have a more extensive reach, thanks to newly launched applications on iOS, Android and, of course, Windows Phone 8. These mobile apps bring many features to the mix, including the ability to create/share collages and "funny memes," as well as being able to network with different people on the social site, among other things. For those unfamiliar with Socl, the service was known internally as Tulalip during its early days, a time in which Microsoft dubbed it as a project that was meant to help folks "find what you need and share what you know easier than ever."

Eventually, Tulalip became what we now know as Socl, a search-based social network that relies heavily on images and videos you collect from across the internet. Don't think Socl is aiming to compete with the big players, however (at least not yet); Microsoft Research believes it is "actually quite complementary" to sites like Twitter, Facebook, Tumblr and Pinterest. Either way, we'll leave you with all the necessary links below, just in case you're interested in getting involved with yet another sociable environment on the web.

In this article: Android, iOS, Microsoft, Microsoft Research, Microsoft Socl, mobilepostcross, social network, Socl, Tulalip, Windows Phone 8
All products recommended by Engadget are selected by our editorial team, independent of our parent company. Some of our stories include affiliate links. If you buy something through one of these links, we may earn an affiliate commission.