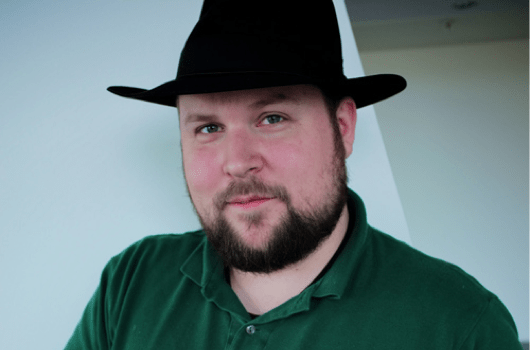 Back in 2010, when Minecraft was first starting to take off, Valve flew out Markus "Notch" Persson to its headquarters for "a cup of coffee."

In an excerpt of the English translation of Daniel Goldberg's Minecraft: The Unlikely Tale of Markus 'Notch' Persson and the Game that Changed Everything, posted by AllThingsD, Notch explains that at the time Valve was either interested in buying Minecraft or offering Notch a job. It ended up being the latter.

Notch visited Valve that September, took part in a programming exercise and even met Gabe Newell before being officially offered a job, which he ended up turning down. Despite being a dream offer for Notch, he was much more interested in starting his own company than working for Valve. Soon after, Mojang – which he co-founded with Jakob Porser – was formed. "Somehow, I felt that Minecraft was maybe my chance to create a Valve, rather than work at Valve."

You can pick up Minecraft: The Unlikely Tale of Markus 'Notch' Persson and the Game that Changed Everything on Amazon and wherever books are sold.
In this article: android, daniel-goldberg, ios, ipad, iphone, mac, markus-notch-persson, microsoft, Minecraft, mobile, mojang, notch, pc, playstation, playstation-vita, ps3, ps4, valve, vita, xbox, xbox-one
All products recommended by Engadget are selected by our editorial team, independent of our parent company. Some of our stories include affiliate links. If you buy something through one of these links, we may earn an affiliate commission.