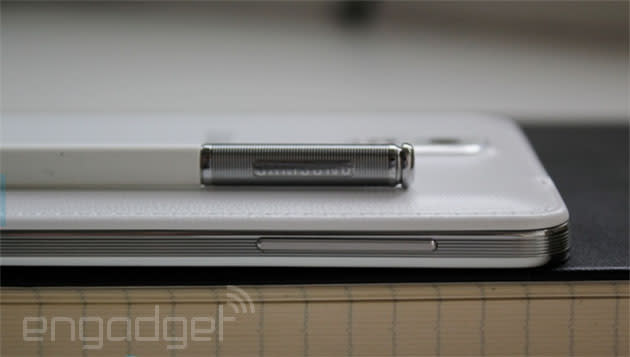 Okay, we get it -- Samsung sells a lot of handsets and has the profits to show for it. But the company said that its new Galaxy Note 3 is far and away the most successful so far of its entire Note lineup, with 10 million units sold in a mere 60 days. That's twice the sales pace of the Galaxy Note II, and even pushing its sales champ, the Galaxy S 4, which took 50 days to hit that magic number. The Note 3 is available in 58 countries, but Samsung singled out China out as a particularly strong market due to the popularity of the S Pen and just launched two new colors there. Anyway, given those numbers, it's a safe bet nobody's using "the ph-word" as an epithet for the Note 3 anymore.

In this article: 10million, GalaxyNote3, milestone, mobilepostcross, Sales, samsung
All products recommended by Engadget are selected by our editorial team, independent of our parent company. Some of our stories include affiliate links. If you buy something through one of these links, we may earn an affiliate commission.