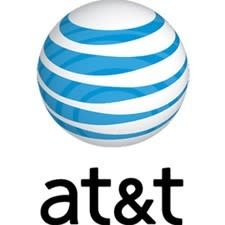 Consumers love being able to upgrade their smartphones every two years with affordable, subsidized pricing. US$199 for a brand new iPhone? Sure, sign me up. Some carriers like Sprint even offer early upgrades after 18 months, all in an effort to keep subscriber churn to a minimum.

It's now been over six years since the iPhone first launched and AT&T these days isn't keen on subsidizing iPhones, and smartphones in general, indefinitely.

While speaking at an investor conference this week, CNET reports that AT&T CEO Randall Stephenson said that the current smartphone/subsidy business model isn't viable in the long term. This is exacerbated, Stephenson explained, by users who upgrade to the latest and greatest phone models as soon as possible. All the while, AT&T is shelling out upwards of $650 to make that latest and greatest smartphone available for a few hundred dollars less.

When you're growing the business initially you have to do aggressive device subsidies to get people on the network. But as you approach 90 percent penetration, you move into maintenance mode. That means more device upgrades. And the model has to change. You can't afford to subsidize devices like that.

This past July, AT&T introduced AT&T Next, a program whereby users who want a new smartphone or tablet every year can buy the device by paying for it in monthly installments. After 12 installments, users can then upgrade to yet another device and take on a new 12 month installment plan.

The smartphone era in the U.S has, by and large, been defined by subsidized pricing. Recently T-Mobile has moved away from that model and it now seems that AT&T wants to change things up as well.

In this article: ATT, iphone, randall stephenson
All products recommended by Engadget are selected by our editorial team, independent of our parent company. Some of our stories include affiliate links. If you buy something through one of these links, we may earn an affiliate commission.
Share
Tweet
Share