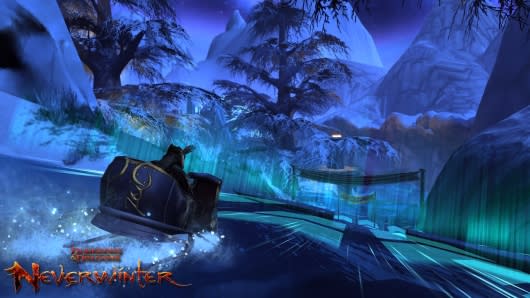 Neverwinter is preparing its first Winter Festival for the game, beginning on December 19th and continuing until January 9th.

The festivities will commence at the village of Twilight Tor, where players can engage in several activities for the fun of it -- and, oh yeah, to get some cool presents. Twilight Tor will feature slalom races, fights against monsters on a frozen lake, ice fishing, star gazing, and a new profession called Lightcrafting. Players can take currency from these activities and purchase one of several rewards, including a sled mount, a Frost Mimic companion, a Fawn of Shialla companion, and winter-themed weapons.
In this article: action-mmo, christmas, christmas-2013, cryptic, cryptic-studios, dnd, f2p, fantasy, free-to-play, holiday, neverwinter, perfect-world, perfect-world-entertainment, pwe, twilight-tor, winter-2013, winter-festival, winter-holiday, winter-holidays, winter-holidays-2013
All products recommended by Engadget are selected by our editorial team, independent of our parent company. Some of our stories include affiliate links. If you buy something through one of these links, we may earn an affiliate commission.