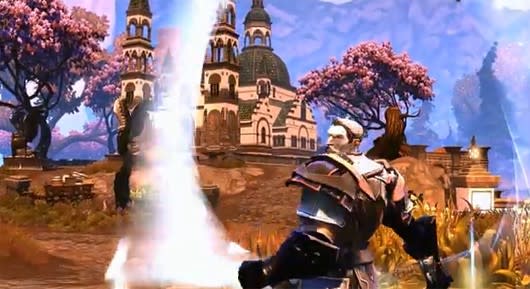 Every game has its fans. Project Copernicus never launched and was never really much more than a twinkle in the eye, and yet someone out there really liked the game. Someone out there really loved Kingdoms of Amalur and was really hopeful that the 38 Studios property auction would give Project Copernicus a new home. Someone was still excited despite everything that's happened since the game was first announced. Let's call her Kate.

Today's news is going to hit Kate really hard; the auction came and went, and no one was interested enough in Project Copernicus to make an "acceptable" offer. Richard Land, who handled the asset auction, has stated that he will continue to try to work privately with interested buyers regarding the assets that were not purchased, but it's not a good sign that none of the potential buyers wanted to pick up the title. Sorry, Kate. Gross proceeds from the auction came to $320,000, for the record.
In this article: 38-studios, 38-studious-copernicus, copernicus, kingdoms-of-amalur, legal, project-copernicus, property-auction, rhode-island, richard-land, the-neverending-saga-of-38-studios
All products recommended by Engadget are selected by our editorial team, independent of our parent company. Some of our stories include affiliate links. If you buy something through one of these links, we may earn an affiliate commission.