The best gifts for the home 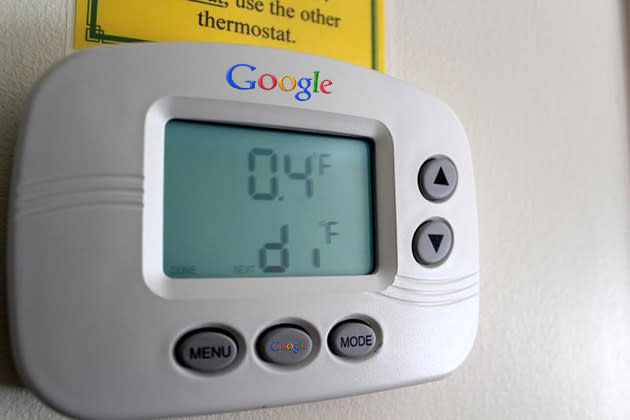 Google called it quits on a smart thermostat two years ago, but it looks like the company couldn't resist circling back to the idea. According to two of The Information's sources and a document reviewed by the outlet, Mountain View has been conducting a trial of Internet-connected thermostats to help users keep tabs on their energy use and adjust accordingly. As part of a project reportedly dubbed EnergySense, the hardware itself seems to be created by a third party such as Ecobee. While Ecobee CEO Stuart Lombard says the firm isn't working with Google, he adds the search giant could still be using its hardware.

Page and Co.'s effort isn't intended to compete directly with Nest, according to one of the chatty people familiar with the matter. It's said that Google's goal is to toy with making the energy grid more efficient and build applications and services with the data it collects. Non-employees are apparently being enlisted as "Trusted Testers" to give the service a whirl in St. Louis, Missouri and potentially other areas. There's no scuttlebutt regarding when the pilot might make it to primetime, so a Nest will just have to do for now.

In this article: Ecobee, energy, EnergyGrid, EnergySense, google, InternetofThings, KevinChen, PowerGrid, SmartThermostat, thermostat
All products recommended by Engadget are selected by our editorial team, independent of our parent company. Some of our stories include affiliate links. If you buy something through one of these links, we may earn an affiliate commission.