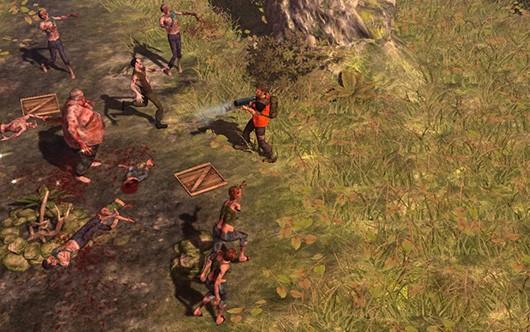 While Eko Software's third-person zombie slayer How to Survive launched in October and November on Steam, XBLA and PSN, the game has yet to find its way to Wii U as it originally planned. A 505 Games representative confirmed to Joystiq that the game is still slated to hit the Wii U eShop, but has been delayed to 2014.

Prior to today, the developer's last update regarding the eShop port was in a tweet from November, in which it last stated that it is working to get approval from Nintendo. The spokesperson noted that "the [exact] launch window is up in the air as we are still going through testing."

How to Survive strands players on one of four islands, forcing them to gather items to stave off the threat of undead enemies. The game includes an item combination system, used to benefit the health and well-being of characters, solve puzzles and beat baddies. Players have the option of choosing between three playable characters with different strengths and weaknesses.
In this article: 505-Games, Delay, eko-software, eShop, how-to-survive, nintendo, wii-u, zombies
All products recommended by Engadget are selected by our editorial team, independent of our parent company. Some of our stories include affiliate links. If you buy something through one of these links, we may earn an affiliate commission.