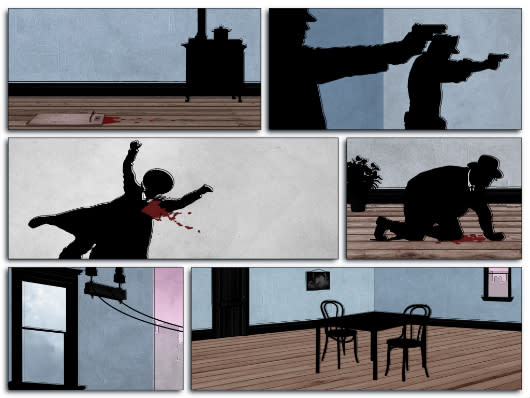 Indie Fund – the financier behind Monaco, The Swapper, Antichamber and Dear Esther, among others – is backing Loveshack Entertainment's comic book-style narrative game, Framed. It's a silent, noir adventure cloaked in style and story: Players move panels of a graphic novel to alter the outcome of certain scenes, ideally making life easier for the protagonist, a trenchcoated detective.

Framed is due out in 2014 on Steam and iOS, and it's already received an influx of awards and nominations from IGF China, Freeplay Independent Games Festival and Tokyo Game Show.
In this article: comics, framed, Indie-fund, ios, ipad, iphone, LoveShack, mobile, noir, pc
All products recommended by Engadget are selected by our editorial team, independent of our parent company. Some of our stories include affiliate links. If you buy something through one of these links, we may earn an affiliate commission.