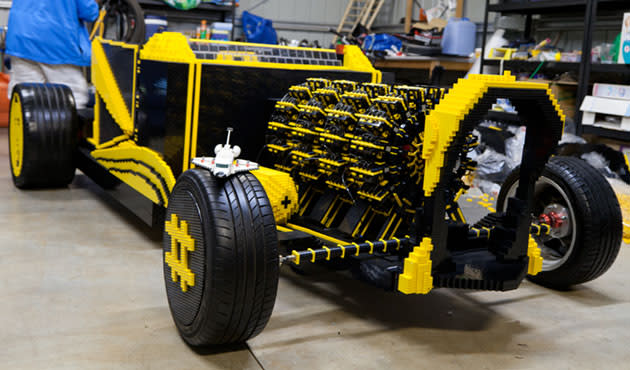 If you're still stuck on that Lego Mindstorm EV3 project, then you might have a tiny inkling of how the folks from the Super Awesome Micro Project feel. They've just pieced together a car with 500,000 of the plastic blocks that can actually hit the road, thanks to four radial engines with 256 pistons that run on compressed air. It was designed and built by 20-year-old Romanian Lego savant Raul Oaida in 20 months after he and a partner raised "tens of thousands" of dollars from Aussie backers. It'll only cruise at 12-17 mph hour (since it's built of freaking Lego), but as shown in the video after the break, you probably wouldn't want to go any faster -- especially given the seats.

In this article: Car, CompressedAir, Lego, LegoCar, SAMP, SuperAwesomeMicroProject
All products recommended by Engadget are selected by our editorial team, independent of our parent company. Some of our stories include affiliate links. If you buy something through one of these links, we may earn an affiliate commission.