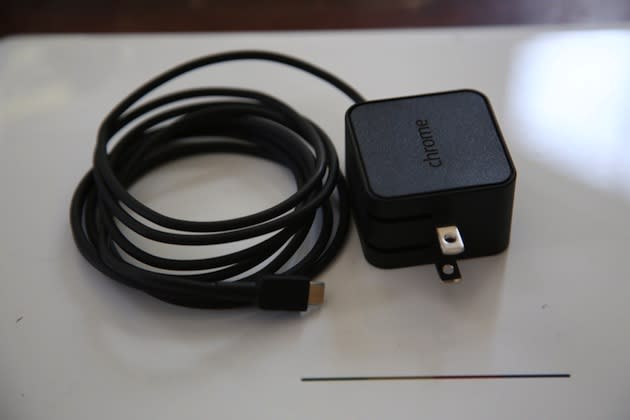 A month after HP and Google put the kibosh on Chromebook 11 sales due to overheating chargers, and the laptop is now available with a brand new power adapter. According to 9to5Google, it looks like a smaller version of the one for the Pixel except it has a micro-USB tip instead. If you already have a Chromebook 11, do remember that you should be sending yours back in exchange for a new one due to a company recall issued a couple days ago. But if you haven't already pulled the trigger, now is definitely a safer time to do so for one of the best Chromebooks we've seen so far.

In this article: charger, chromebook, chromebook11, google, hp, HP Chromebook 11, poweradapter, recall
All products recommended by Engadget are selected by our editorial team, independent of our parent company. Some of our stories include affiliate links. If you buy something through one of these links, we may earn an affiliate commission.