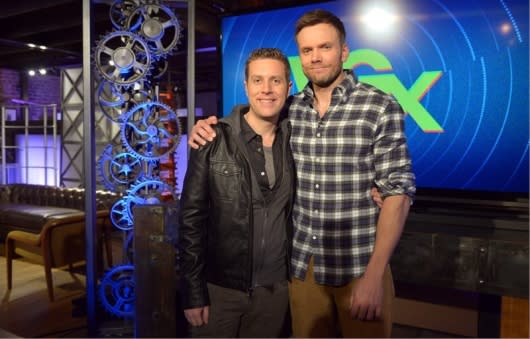 The 2013 VGX show provided more than 1 million people with entertainment and/or fodder for Twitter jokes and angry forum posts, depending on who you talk to. According to a Polygon interview with Executive Vice President of Digital Media for Viacom Entertainment Group Erik Flannigan, Executive Vice President of Event Production Casey Patterson, and show host Geoff Keighley, the show "exceeded expectations," despite an abundance of negative responses.

"There was a lot of great feedback that came out of it," Keighley told Polygon. "Sure, there were people calling for the date and time of my suicide, but there were people who also were saying very constructive things about the show." Keighley said that he believes such feedback is reflective of a passionate audience. Flannigan meanwhile said that apathy would have been "death" for the show.

People from 109 countries tuned in to view the three-hour long VGX, with the average viewer spending 32 minutes watching. We imagine that was long enough to catch at least one snarky comment about how many layers of clothing Keighley was wearing from co-host Joel McHale.
In this article: casey-patterson, erik-flannigan, Geoff-Keighley, spike-vgx-2013, vgx-2013, viacom
All products recommended by Engadget are selected by our editorial team, independent of our parent company. Some of our stories include affiliate links. If you buy something through one of these links, we may earn an affiliate commission.