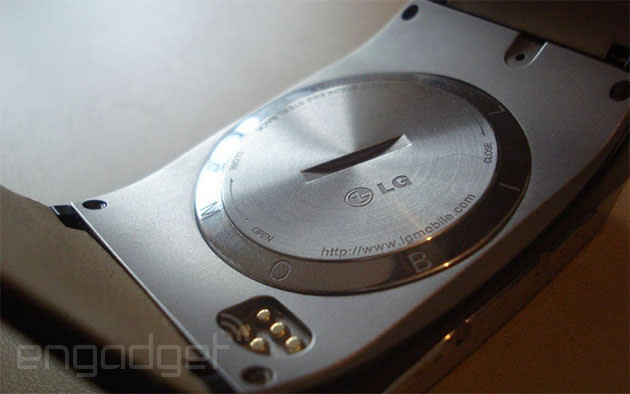 Amidst rumors of 2K displays and octa-core CPUs for the LG G3, the Korea Herald has just added another: The upcoming smartphone will come with a G-Arch smartwatch and G-Health fitness band. The journal's insider sources pegged the devices as companions for the alleged LG G2 successor and said they'd arrive alongside it at Barcelona in February for MWC 2014. A possible smartwatch was actually leaked by an LG exec earlier this year and the company flaunted a FuelBand-like Smart Activity Tracker at CES 2013, which still hasn't been released. We reached out to LG, and though it wouldn't comment on the rumors, it confirmed to us that it does have a "wearable product" in the pipeline. Meanwhile, take any rumors with the necessary salt -- and if such smartwatches do exist, hopefully they'll actually be ready for the market.

In this article: fitness, HealthBand, lg, LGG3, rumor, smartwatch, wristband
All products recommended by Engadget are selected by our editorial team, independent of our parent company. Some of our stories include affiliate links. If you buy something through one of these links, we may earn an affiliate commission.