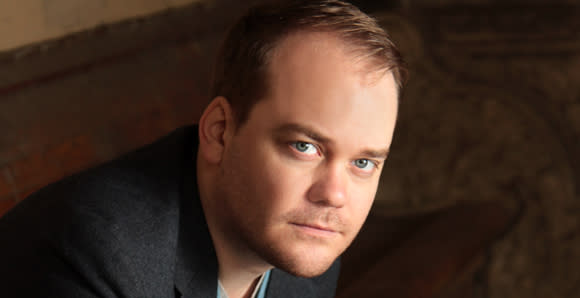 One of the more intriguing new characters to come out of Cataclysm was Wrathion, who took a curious journey through the Badlands as an egg and emerged with dubious intentions during the rogue legendary quest chain. Since then, Wrathion has led many a player of every class on a merry chase across the wilds of Pandaria in a legendary quest meant not just for rogues, but for all. Wrathion's motives have always been a little unclear, and whether he's working on the side of good, or with slightly more evil intentions, has been up for debate since his first appearance.

But Wrathion simply wouldn't be Wrathion without the voice that brought him to life as a sometimes petulant, sometimes angry, and sometimes touchingly desperate whelp with an apparent plan to save the world. Whether casually ordering Fahrad to break a pair of legs, pleading with Chi-Ji, or throwing the temper tantrum to end all temper tantrums in his temporary home, the voice of Wrathion has been just as distinctive as the character itself. So how does one bring life to such a strange character? We were lucky enough to have the opportunity to ask Wrathion's voice actor himself. Aaron Phillips may be immediately recognizable for Wrathion, but his works far exceed the vocal stylings of one angsty dragon -- and you may be surprised to note that you've likely heard him in a variety of places. So how exactly did you get into in voice acting?

Actually, my beginnings were a little off the beaten track, so to speak. In my early twenties, I spent a year in South Korea working as the head of development for an English-language educational theme park called English Village. My job there was to create new interactive educational performances that taught English to kids. While I was there, I was recruited by some folks to start doing voice overs for ESL (English as a Second Language) software and CD's, etc. I was apparently good at it, because they kept calling me to come back in for more. When I got back to the states, I thought, "You know, I bet I could make at least a side living at this stuff." So I found some commercial classes to familiarize myself with the American VO landscape and recorded a demo. Now I'd say it's about 50% of my income. So I guess it worked out.

Where else might people have heard your voice work?

I've done lots of VO for all sorts of projects. Most recognizable would probably be commercials and video games at this point. I was a character called Castro in GTA V, I was a drill sergeant in Red Dead Redemption, I also play Legolas, Elrond and a number of other characters in Lord of the Rings: Online, so you can find me there. Or, if you listen to the radio, you might hear me doing Pepsi commercials about the taste test Olympics, and on TV doing commercials for Chili's, Embassy Suites, even BBQ grills. In order to make a living as a voice actor, you kind of have to diversify your bonds. AKA, do a lot of stuff.

You're a man of many talents -- what do you do when you aren't voicing characters? Wellllll, some talents are proven, others are not. I like to get my hands dirty with tons of things. Aside from VO, I do act on screen and on stage here in New York, but mostly I sing. I'm currently on a tour called Disney In Concert: Magical Music from the Movies. Basically, it's me, and three other singers and they fly us around to sing concert versions of Disney tunes with symphony orchestras all over the world. It's a great gig that I've been lucky enough to have for the last four years.

Aside from that, I'm also a photographer and a writer. Currently, I'm working on a children's book, a pilot for an animated series, and two other one hour drama pilots that my writing partner and I hope to start shopping to studios sometime this year.

Do you play World of Warcraft, or any of the other Blizzard titles out there?

I just started playing WoW this year. I'm an almost lvl 70 blood elf hunter. It took me this long because I know how much I love games like this. I've been a gamer most of my life but totally put this off for years knowing that I'd be the guy that got completely addicted and never did anything else. Well. Here we are. Thanks, WoW.

I actually had the surreal pleasure of starting the quest that becomes the backstory for Wrathion already. I tweeted to Dave Kosak immediately to let him know how hilarious and awesome that was. He told me not to screw it up, or I might cease to exist. Some real Back to the Future stuff! I got it done, though. I'm mean, I'm tryin'a keep my job, folks. You thought you had a lot riding on these quests!

You started voicing Wrathion back at the tail end of Cataclysm - how did you get involved doing that?

I've been lucky enough to be working with Randy Ryan at Hamsterball Studios down in Austin for many years. He got the call from Andrea Toyias, who is the Casting and Voice director for WoW, that they were looking for a petulant teenage dragon with serious daddy issues. Obviously, that's me.


Wrathion went from a rogue-only storyline to a really extensive character in Mists, and he's got quite the following. Did you know he'd be so heavily involved? How do you feel about the fan response to the character?

Well, the fan response, first of all, has been categorically amazing. I had the honor of attending BlizzCon this year and got to meet a lot of fans there in person. Warcraft just seems to have some of the most intelligent, creative and dedicated fans I've ever seen from a game. It's awesome, in the true sense of the word, and certainly drives me to deliver my best performances.

Going into it, I had no idea it was going to be anything more than a one-time gig. I mean, I'd been doing voices for Lord of the Rings: Online for a little while, so I knew that online games always have the potential for longer storylines. I just didn't realize that's what this was going to be. No spoilers, but I remember that one of the last lines Wrathion says in Cataclysm is a pretty blatant hint that he'll see you in Pandaria ... so I guess once I read that line I had high hopes to be back in the studio soon.

Then they brought me in to do a four part YouTube series to catch all the non-rogues up on the Wrathion story, and the rest is MIST-ery! See what I did there?

Tell us a little about the process of it all -- who did you work with, what was it like?

Well, Andrea Toyias is my queen over there, and it was friend/artist-love at first listen. I say first listen because she's in LA and I'm in NY so we record everything via ISDN, which basically means I can hear her and she can hear me, but we're on opposite sides of the country. So we never met in person until Blizzcon 2013, after working together for two years! But there was an instant respect between us. I think the world of her, and from everything I've heard, she's really brought the caliber of voice work in Warcraft to new levels. I know she brings out the best performance in me every time.

Also on the line is the brilliant Dave Kosak, Lead Narrative Designer at Blizzard. Dave always adds incredibly valuable insight into the characters and the setting surrounding the lines. When we get a script, as VA's, it usually has the line, maybe pronunciations if needed, and possibly some light information regarding the emotion involved. Having the actual quest designer on the line is so helpful, though. Dave takes the time to really tell me the story, and for an actor, that's gold.


Wrathion's such a distinctive, strange character - did you have any inspirations for his voice from other sources? Would you say you put a little of yourself into his vocal stylings?

I think as an actor, you put at least a little, and hopefully a lot of yourself into every character. I mean, hopefully I wasn't quite as much of an asshole when I was a kid. But have I ever been arrogant? Sure. Have I thought, "Ugh, if everyone would just do what I say, I could fix all this in five minutes?" Daily. That's mostly a joke. Mostly. Seriously, though, it's important for us to find ways to identify with every character we do. That's the only way you find any truth in acting. And without truth, it's just reading words.

In an ideal world, are there any other Blizzard characters you'd want to put a voice to?

Oh, god. Well every performance I've heard has been absolutely stellar so obviously those should all remain intact. I don't know, I'd love to see where Wrathion goes next, obviously. Aside from him, I'd count myself lucky to voice any character in WoW. Though I will say that since Wrathion rides that line between good and evil, where you're not quite sure how you feel about him (which is a dream to perform), I think I would definitely love to explore a demonically evil character, or even someone righteously altruistic. You're quite the busy guy - what's on your plate for 2014? Where else can people find your work?

I've definitely been bouncing around with Disney, lately. But we're taking a bit of a hiatus coming up. Which is great, because it gives me more time to work on the many other projects that are constantly burning to a crisp on the back of the stove. Right at the beginning of the year I'll be doing a very goofy musical called Commander Squish here in New York, then resuming principle photography on an amazing independent film called Sluggo the Skullcrusher. Can I plug that right now? We're doing total grassroots fundraising right now, not even Kickstarter. But people should head over to the official site for the project and watch the little making of video and read all about it. It's going to be incredible, and even a dollar helps!

Other than that, I'll be hard at work with my writing partners on the animated series I mentioned. It's a western, adult comedy that takes place in a town from which the title is derived. Morningwood. We're excited. And, if I'm lucky, maybe Wrathion will make an appearance in Draenor. Personally, I think he'd fit right in.

In this article: aaron-phillips, disney-in-concert, grand-theft-auto-5, legendary-questline, legendary-quests, lord-of-the-rings-online, red-dead-redemption, voice-acting, voice-actor, voiceover, world-of-warcraft-interviews, wrathion, wrathion-the-purified
All products recommended by Engadget are selected by our editorial team, independent of our parent company. Some of our stories include affiliate links. If you buy something through one of these links, we may earn an affiliate commission.