The Throne of Thunder has been compared to Ulduar in more ways than one -- the size and scope of the dungeon, the multitude of boss encounters, and even the thematic elements of the dungeon itself. But it looks like there is one more comparison to add to the pile. Ra-den, the bonus boss unlocked only upon defeating Lei-Shen on heroic mode, has a mechanic to limit the number of times he can be engaged in any given week.

Those that remember Algalon remember the one hour limit on attempting the boss. One careless pull, one wipe, one disconnect could potentially ruin a guild's chances for downing the boss in a lockout period. But Ra-den isn't limited by a time clock; instead, he's simply limited by the number of attempts a guild can make. Screenshots have shown that number to be 30, however keep in mind that the number of attempts, and even the limited nature of the encounter, can be changed at any time. Patch 5.2 is still on the PTR, after all.

Blue poster and Game Designer Watcher had some words of wisdom to share following the unplanned discovery of Ra-den's limited attempts on the PTR.

Watcher
So much for surprises. :(

Yes, that is currently the plan.

A few comments on our thinking. First off, I've seen some people quoting a 2010 WoW Dev Twitter chat where we said "Limited Attempts didn't really work out" as one of the WotLK retrospective points. That was true as they were generally utilized in that expansion. In the very same dev chat, we also said "If we do limited attempts again it would probably be limited to optional bosses like Algalon."

Well, guess which boss Ra-den is probably most like?

The actual Algalon approach (or really, if you want to be accurate, the Vaelastrasz v1.0 approach) is not one we're likely to repeat. It definitely adds quite a bit of tension, but a narrow time window ends up being more about frantic racing back to the zone, rebuffing, and rushing to pull again, since it's hard to justify time spent strategizing while the clock is ticking. But even worse, a lengthy disconnect or some sort of server issue can completely ruin the entire week's effort. Having your main tank suffer a power outage 10 minutes into your hour on Algalon was not a happy time.

Now, as for actual limited attempts, aside from using them a bit too widely in Lich King (including on Normal modes in Icecrown Citadel), they also largely failed to accomplish their objective of focusing guilds on quality, rather than quantity, of learning attempts and progression. As many people recall, the cutting-edge guilds that were progressing in ToGC or Heroic ICC would commonly learn mechanics, practice execution, and refine strategies on their lesser-geared alts (and/or on Normal mode), before stepping up to risk precious Heroic attempts. That clearly wasn't the intended experience, and just added a layer of nuisance to the whole affair.

In our entire history of using limited attempts, there was only one boss where I'd say they actually worked out fairly well: Heroic Lich King. The main reason for this was that you couldn't access Heroic Lich King at all unless you defeated Putricide, Sindragosa, and Lana'thel on Heroic difficulty as well. And during the first few weeks of Heroic progression, that was beyond the means of essentially all the alt raids out there. After all, the point of running split main/alt raids is to funnel gear to the mains to maximize their effectiveness for Heroic progression, right? So by definition the alts are less geared than the mains, and if the mains can just barely, barely beat something, the alt group is going to be in for a rough time.

As a result, I don't believe we ever saw a single true alt Heroic Lich King progression raid. Similarly, I don't think we're going to see alt raids on Ra-den. The number 30 is also large enough that while one accidental pull or disconnect is of course still going to sting, it isn't crippling.

I'd also really like to emphasize that Ra-den is a true bonus boss. Lei Shen is the final boss of Throne of Thunder, just as Yogg-Saron was the final boss of Ulduar. Lei Shen offers an epic challenge, and should feel like the pinnacle of the zone as a whole. Ra-den is your reward if you manage to beat the zone on its hardest difficulty -- he's a bonus level. And sometimes the rules are a bit different on those.


Ra-den may be a bonus boss, but raiders will likely still be clamoring for whatever happens to be hiding on his loot tables. Given this assumption, Watcher shared a few additional words in regards to Ra-den and his "bonus boss" label, as well as addressing some additional concerns regarding potential problems with a limited attempt encounter.

Watcher
Thanks for the ongoing discussion -- the feedback is appreciated. A few brief points/responses to the general direction of the discussion:

This system isn't set in stone. Our intent is to release a well-tuned encounter that doesn't have significant bugs. If the first guilds get there, and it turns out that despite our best efforts, we've failed in that goal (a la Sinestra), we'll turn off the attempt limit, and that will be that. (I mean major bugs -- if there's something small, we'll wait until the weekly reset and fix it for everyone.) There's no scenario in which the first guilds to get there waste their attempts trying to kill something that's broken; we won't let that happen.

When I say that Ra-den is a "bonus boss" I'm not saying he's optional. Of course I know there's no such thing as an optional boss in progression, and people are very much going to count him as part of the progression race. But if you think back to Algalon, he actually wasn't that complicated, or that hard. Firefighter, Freya with 3 Keepers, or Yogg-1 required you to learn and coordinate far more than Algalon. Algalon literally had three mechanics to deal with for the entire fight, and in practice most guilds killed him in around 3 hours or a couple dozen attempts. It's just that they were tuned tightly numbers-wise, and the one-hour weekly limit turned what would have otherwise been a single night of progression into three or four weeks. Heroic Lei Shen is a harder and more complex fight than Ra-den, and I'm not going to claim otherwise. Ra-den is just different; he's a bit of a mystery, and something we haven't tried in a while.

Regarding alts: To engage Heroic Lei Shen, you must have killed 11/12 bosses on Heroic in that lockout. To engage Ra-den, you must have killed Heroic Lei Shen in that lockout. I'm incredibly skeptical that anyone is going to manage that with multiple alt clears in parallel, both due to gear disparity and because doing so would mean forfeiting much of the ability to optimize raid composition for progression on the hardest fights.

Finally, we'll see what we can do to minimize the quality-of-life issues here. I can't promise this will be doable until we've implemented it, but we'll try to make sure that very short attempts don't count (accidental bodypulls and such), and that we make an exception to the usual rules and reset shaman Reincarnation at the start of each Ra-den pull.


source
What I find most interesting about this discussion is the point that Watcher makes about limited raid attempts and the use of alts as a "practice run" of sorts for hardcore raiders. While this helped some guilds tremendously when learning the harder fights in Trial of the Grand Crusader or Icecrown Citadel, the very nature of unlocking Heroic Lich King and the difficulty of the encounter prevented most guilds from using this tactic. The Throne of Thunder is being approached from this angle -- given the amount of encounters it requires players to master, it may be a while before we see anyone even unlock Ra-den, much less defeat him.

Because of this, his status as a "bonus boss" is actually pretty well defined. Yes, Ra-den has some good loot, but he's not an essential part of clearing the raid. And Watcher makes another excellent point about Algalon -- with the Algalon encounter, the difficulty lay not in the encounter itself, but in the pressure of having a time limit. However, with Algalon this left players feeling pressured and rushed. With the limited attempt system, theoretically players should be approaching the encounter much more cautiously. As Watcher stated, it's not about the quantity of attempts, it's about the quality.

I like the idea of a boss with limited attempts. I loved Algalon in Wrath, I loved Heroic Lich King. While my guild didn't reach Sinestra while the tier was current, we enjoyed that fight as well. Limited attempt encounters are some of the most fun, to me -- mostly because they require everyone to be thinking on their feet and playing to the absolute best of their ability. Given the hints of exactly how difficult Heroic Lei Shen will be, the Ra-den encounter sounds like it'll be a fun, challenging fight designed not to further frustrate raiders, but to reward those that have managed to master the Thunder King. 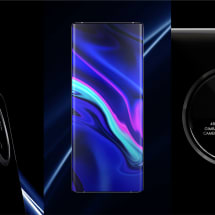