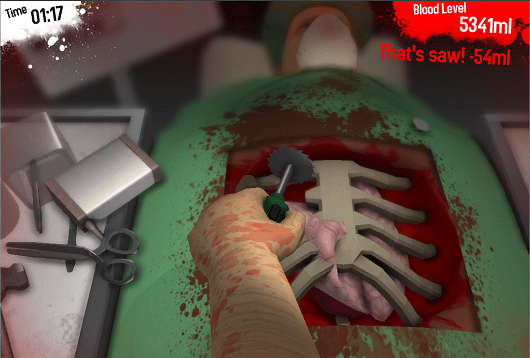 Steam Greenlight gave the go-ahead to 10 new games today, two of which are decidedly dicey – as in, they involve slicing people open and/or their exposed, internal goo. Surgeon Simulator 2013, the 2013 Global Game Jam phenomenon, is now ready for Steam distribution, along with Organ Trail: Director's Cut, the retro zombie survival game from The Men Who Wear Many Hats.

February 26th, 2013 - Valve today revealed the fifth set of games and Software titles to advance through Steam Greenlight and be offered worldwide distribution via the popular platform for games and software.

Over 70 titles have advanced through Steam Greenlight and been offered Steam distribution agreements since Greenlight launched in August of last year.

These titles will be released independently in the months ahead (as they are varying stages of completion).

For more information, please visit http://steamcommunity.com/greenlight/
In this article: greenlight, huntsman-the-orphanage, mac, organ-trail, pc, STEAM, steam-greenlight, surgeon-simulator-2013
All products recommended by Engadget are selected by our editorial team, independent of our parent company. Some of our stories include affiliate links. If you buy something through one of these links, we may earn an affiliate commission.