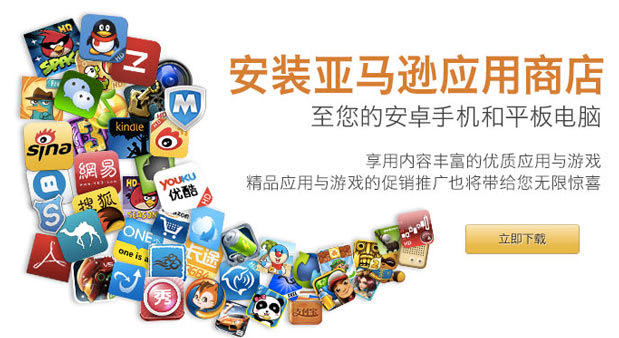 Amazon let its world domination plans be known last month when it asked developers to start submitting apps to line its virtual displays in more countries. While China was notably absent from immediate expansion plans, Amazon launched its Appstore there during the weekend, opening the doors to one of the biggest mobile device markets. As Reuters notes, the Google Play store is available in China, but only serves up free material, whereas Amazon's Appstore has a selection of both free and paid software available for users. While the company launched its e-book store and e-reader apps in China last December, devices are still waiting for their ticket over. Now, with the release of the Appstore, we suspect it's only a matter of time before the Kindle and Fire ranges make fashionably late appearances.

Via: Reuters
Source: Amazon
In this article: amazon, amazonappstore, appstore, china, mobilepostcross
All products recommended by Engadget are selected by our editorial team, independent of our parent company. Some of our stories include affiliate links. If you buy something through one of these links, we may earn an affiliate commission.