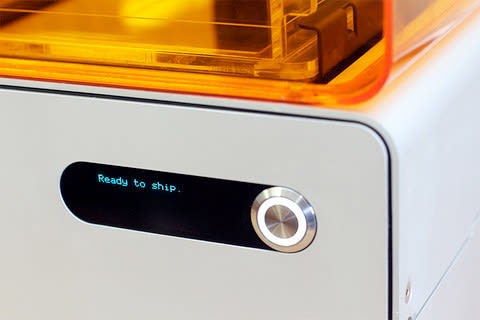 Some might say it's been a long, long while since October -- with "some" referring to the swath of Kickstarter backers who've been waiting oh-so-patiently for a Form 1 to call their own. Formlabs has just confirmed via a company blog post that the very first Form 1 3D printer shipped out today, as the Collector's Edition Form 1 and half of the Initial Formation tier of pledges hopped on a variety of delivery trucks. The rest of you backers can expect to begin printing "by the end of next week." For those keeping count, the Form 1 is actually a few months behind schedule, but in all honesty, that's pretty good considering the up-and-down nature of crowdfunded projects that manage to find the limelight.

The outfit is reminding folks that Form 1 units are shipped as they're produced, fulfilling Kickstarter rewards and preorders by priority. Specifics on group deliveries won't come for a few more weeks, but those in the Bay Area can swing by Maker Faire (or ICFF if you're in the Big Apple) to catch an early glimpse. Oh, and if you're just now hearing of this thing? You can place a $3,299 order right now, but you probably won't get it until July. Them's the breaks, kids!

Source: Formlabs
In this article: 3d printer, 3d printing, 3dPrinter, 3dPrinting, form 1, Form1, formlabs, now shipping, NowShipping, printer, shipping
All products recommended by Engadget are selected by our editorial team, independent of our parent company. Some of our stories include affiliate links. If you buy something through one of these links, we may earn an affiliate commission.