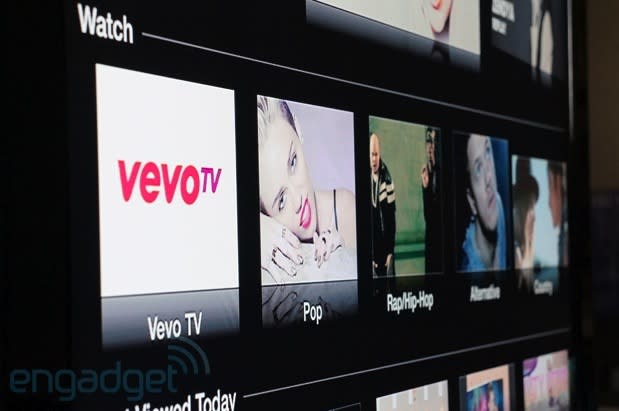 Rumors that Apple was about to expand the Apple TV's channel selection have just come true -- the company has quietly rolled out apps for the Disney Channel, Disney XD, the Smithsonian, Vevo and The Weather Channel. The new portals deliver the on-demand video you'd expect from their respective services. There are live components, however: Vevo fans get non-stop music videos through Vevo TV, while The Weather Channel jumps to live broadcasts during major storms. Any locally supported channels should appear the next time you use your Apple TV, although you'll need to be a qualifying cable or satellite subscriber to run the Disney apps.

In this article: apple, appletv, disney, disneychannel, disneyxd, hdpostcross, smithsonian, streaming, TheWeatherChannel, vevo, vevotv
All products recommended by Engadget are selected by our editorial team, independent of our parent company. Some of our stories include affiliate links. If you buy something through one of these links, we may earn an affiliate commission.