Remember the YouTube video responses you never clicked on? They're going away 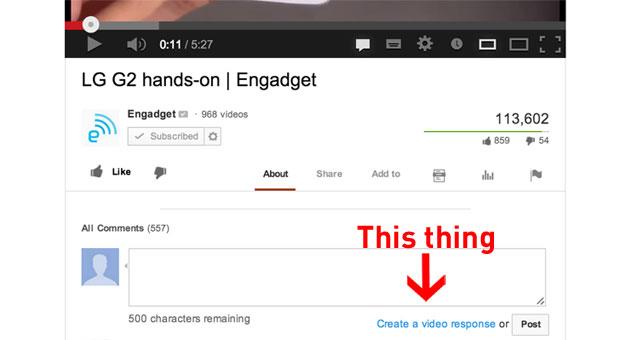 Google's about to kick another one of its features to the curb, though we doubt there'll be any pitchforks and torches, à la Reader. Yes, the not-much-beloved "video response" on YouTube is going to Google heaven, apparently because the click-through rate was a pitiful 0.0004 percent. The team suggested using hashtags instead going forward, but you were probably doing that anyway. Because you never used video responses, ever. None of you.

In this article: endoflife, EOL, Feature, google, videoresponse, youtube
All products recommended by Engadget are selected by our editorial team, independent of our parent company. Some of our stories include affiliate links. If you buy something through one of these links, we may earn an affiliate commission.