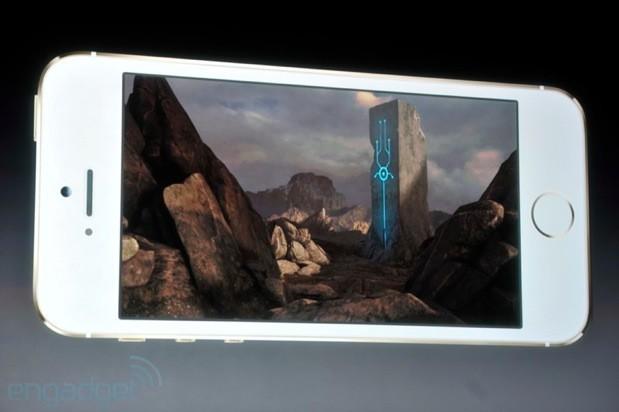 Donald Mustard, co-founder of Chair Entertainment (owned by Epic Games), just hopped on stage at Apple's hardware reveal and pulled back the proverbial curtains on Infinity Blade III, the final installment in the series. The game's making use of the iPhone 5s' new 64-bit architecture, and it has the graphics prowess to prove it: combinations of rendering effects including depth of field, blur and full-screen vignettes. Not to mention lens flares "that would make J.J. Abrams proud." According to the developers, converting the game to 64-bit took just two hours, so developers with apps of their own need not fret. Infinity Blade III is slated to be "available alongside the new iPhone 5s," which should get a release date of its own in a few minutes.

Update: The iPhone 5s will be hitting shelves on September 20th, so Infinity Blade III should break into the App Store with it.

Update 2: Chair's published the game's trailer, which you can find nestled after the break.

In this article: Chair, EpicGames, InfinityBlade3, InfinityBladeIII, mobilepostcross
All products recommended by Engadget are selected by our editorial team, independent of our parent company. Some of our stories include affiliate links. If you buy something through one of these links, we may earn an affiliate commission.