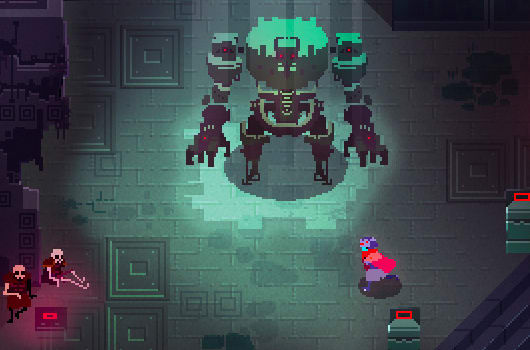 Hyper Light Drifter, the alluring RPG project pitched as a blend of The Legend of Zelda and Diablo, has added PS4 and PS Vita to its list of launch platforms, an update on the Kickstarter page reads. Anyone who pledged $15 or more can choose PS4 or PS Vita as their preferred platform; those who pledged $10 will have to choose between PC, Mac or Linux.

Since its debut last week, the Hyper Light Drifter Kickstarter campaign has secured over $225,000 in support from backers. The Kickstarter pledge drive only sought $27,000 to create the game, but due to the excessive outpouring of cash the game will now be bolstered by a co-op campaign and competitive mode, two extra areas to explore and a full soundtrack from Disasterpiece.

Developer Alex Preston has said he hopes to launch Hyper Light Drifter in mid-2014.
Source: Kickstarter
In this article: alex-preston, heart-machine, hyper-light-drifter, playstation, playstation-4, playstation-vita, ps4, vita
All products recommended by Engadget are selected by our editorial team, independent of our parent company. Some of our stories include affiliate links. If you buy something through one of these links, we may earn an affiliate commission.