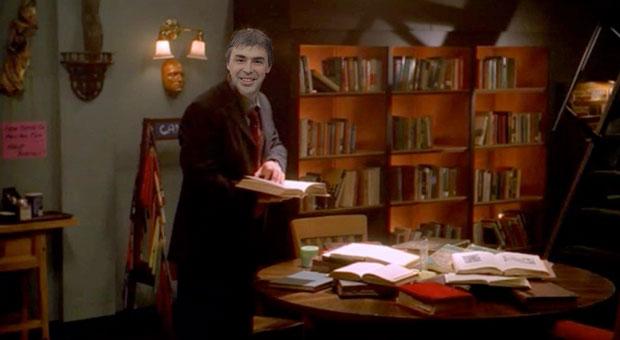 The phrase "virtual book club" may not conjure romantic visions of low-lit rooms and vintage wines, but you don't necessarily need those things to throw fancy words around. Amazon-owned Goodreads hosts user-created online clubs, but a Google patent application that's surfaced today imagines a different way of bringing bookworms together. It describes a system that automatically prompts the buyer of a new title, presumably acquired through Google Books, to join a club. To make this virtual version a little more like the real thing, it'll suggest specific groups based on your age, location, interests, preferred club size, reading speed and literary tastes. Furthermore, you'll only be coupled with those who've bought the work recently, so your new-found chums aren't on page 400 before you've even started.

It'll all be managed through a social network, of course (we hear Google has one of those), and members will be able to fill specific roles within the club hierarchy. They'll also be able to schedule "activities," which we assume is patentese for Hangouts and the like to foster discussion. The patent filing also talks of financial rewards to tempt participation, which sounds like the perfect strategy for building millions of inactive G+ pages.

Dan Cooper contributed his Photoshop expertise to this report.

In this article: bookclub, e book, e books, e reader, e readers, e-book, e-books, e-reader, e-readers, google, GoogleBooks, googleplus, patent, PatentApplication, patentfiling, patents, uspto
All products recommended by Engadget are selected by our editorial team, independent of our parent company. Some of our stories include affiliate links. If you buy something through one of these links, we may earn an affiliate commission.