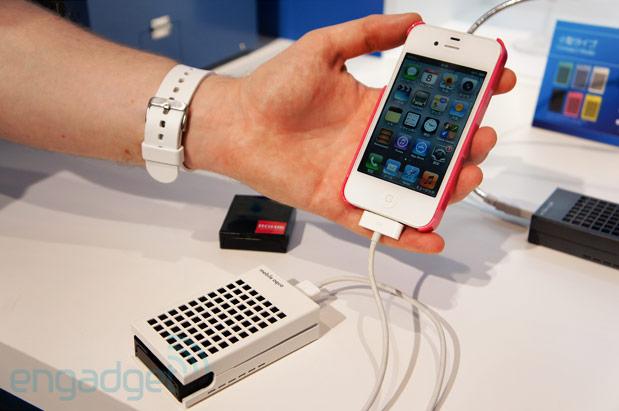 You know what makes a fuel cell charger in your pocket a little less frightening? Colors! CEATEC mainstay Rohm has arrived back in Japan with a new set of hydrogen-source fuel cell chargers, with the latest prototype lot boasting a litany of new hues that may very well match up with that iPhone 5c you're (presumably) picking up soon. The actual technology used within hasn't changed from last year, but the company is evidently considering the release of such portable chargers for those who'd prefer something a bit less drab. We're told that a fully-fueled pack can keep the average smartphone alive for twice as long as it would otherwise last, but as has become the norm at this show, there's nary a hint of a price / release date. 26
In this article: ceatec, ceatec 2013, ceatec2013, charger, charging, fuel cell, FuelCell, hands-on, hydrogen fuel cell, HydrogenFuelCell, prototype, rohm
All products recommended by Engadget are selected by our editorial team, independent of our parent company. Some of our stories include affiliate links. If you buy something through one of these links, we may earn an affiliate commission.