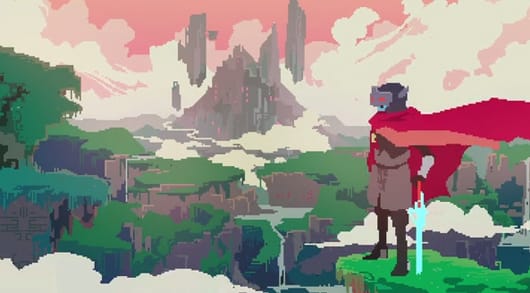 The Crowdfund Bookie crunches data from select successful Kickstarter and Indiegogo campaigns that ended during the week and produces pretty charts for you to look at.
A post-apocalyptic, Zelda-like action game and a reboot of a beloved brawler were both funded this this week, as the Kickstarter projects for Hyper Light Drifter, River City Ransom: Underground, The Fall, Epic Space Online: Capital Ships, Luna's Wandering Stars and Soul Power ended.

Hyper Light Drifter, a pitched as a blend of the Diablo and Zelda series, earned the most money ($645,158) and had the highest number of backers of the group (24,150). The "Capital Ships" expansion for the Epic Space Online infinite sandbox MMO had the highest pledge-per-backer rate for the week, as each of the project's 491 funders invested an average of $50.27 into the campaign.

Head past the break for the week's results, accompanied by some fancy charts.

In this article: crowdfund-bookie, crowdfunding, epic-space-online, hyper-light-drifter, kickstarter, lunas-wandering-stars, River-City-Ransom, River-City-Ransom-Underground, sales, soul-power, the-fall
All products recommended by Engadget are selected by our editorial team, independent of our parent company. Some of our stories include affiliate links. If you buy something through one of these links, we may earn an affiliate commission.