For years I've been writing that EVE Online needs more deployable sandbox structures that any player can use, so I was naturally pretty excited to hear that this was to be one of the key features of the Rubicon expansion. The Mobile Depot sounded like a great freeform sandbox tool when it was announced, but I didn't understand quite how awesome it was until I started setting up my own. While the depot is ostensibly a fancy item container with a ship fitting service, anchoring one feels almost like planting your flag in space, and spotting another depot on the directional scanner means war.

I've spent this week exploring low-security space in the new Stratios Sisters of EVE faction cruiser, stealing rare moon minerals with a Siphon Unit, and desperately searching for the elusive but valuable ghost sites. As expected, players have already found some creative uses for the new personal deployable structures: Mobile Depots are being used as advertising billboards in Jita and to bait aggressive players into becoming flagged as criminal suspects, Mobile Tractor Units have seen some unorthodox usage outside of missions, and the Siphon Unit will literally print money if you find an unsecured moon-mining operation tucked away in space.

In this week's EVE Evolved, I test-drive the Rubicon expansion's new structures to find out if they live up to expectations. 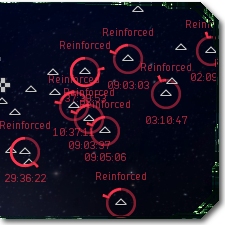 The Mobile Tractor Unit isn't all that amazing for mission-running as it slowly pulls in wrecks one at a time, but it's ideal for ratting in asteroid belts and has a few unorthodox uses. Some players have decided to place them near the stargates on popular suicide ganking routes in order to collect all the loot from the suicide ships, which turn into white wrecks that can be tractored. They can also serve as a useful ore collector for miners that will automatically loot any containers ejected into space, and they've been used in PvP battles to pull wrecks away from destroyed ships and help prevent battlefield looting.

The Mobile Depot is cheap enough that players are anchoring them in high-traffic locations and using them as advertising billboards. You'll sometimes see secure containers deployed near stargates and stations for the same purpose, a practice that became so widespread back in 2004 that it caused serious lag in trade hubs. CCP's solution was to make it impossible to anchor containers in systems with a security rating above 0.7, but no such restriction applies to the Mobile Depot. We're just a few days into Rubicon, and already Jita is littered with junk depots and billboards, each of which is guaranteed at least two days of uptime due to its reinforcement timer. 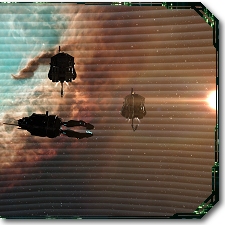 Stealing from the rich

Many of EVE's moon-holding corporations haven't prepared for Rubicon, and that means there's profit to be had! There are plenty of moon-mining starbases out there with no weapons deployed at them and that are left unattended for weeks at a time. Most aren't even reacting the materials they mine! Turns out that two of the new Siphon Units can steal 100% of the mineral output. The alliances that own valuable moons are always ready to defend them with massive fleets of capital ships when their starbases are directly attacked, but that's useless against the Siphon Unit. The API will even lie to the starbase owner and say that the silos are filling up as normal, so the only way to see whether materials are being stolen is to physically send someone to check.

Dotlan maps maintain lists of all the scanned moons in each region that makes locating a juicy target almost trivial, so this week I picked a system with two rare moons and packed a few siphon units in the cargo hold. I discovered that someone had already set up two siphons on one of the moons, but since those cargo bays can be accessed by anyone, this just saved me the expense of installing my own. A pair of siphons will cost around 36 million ISK in total and will pull in about 4.5 million ISK per hour from an unprotected Neodymium, Dysprosium, or Promethium moon, breaking even after just 8 hours of operation. Less valuable materials will take longer to break even, and your siphon will be less cost-effective if the material is being fed into a Simple Reactor Array. 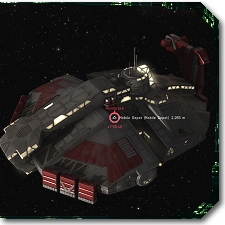 Some people have complained that the Mobile Depot is too cheap, but I think its low price point makes it a great throwaway tool that can be deployed for an evening of gaming and packed up or even abandoned when you're done. The only thing I'd change about it is get rid of the reinforcement timer, which just seems out of place on a structure that's temporary and disposable by its very nature.

The structure's reinforcement mechanic is also a little bizarre, as you can still remove items from the hangar during the timer or even scoop and immediately re-deploy the entire structure without losing anything. The reinforcement timer on a starbase is designed to set a time for the final battle and lock down some assets to fight over, but the depot does neither of these. Rather than promote conflict, this just makes it impossible to destroy a depot unless it's abandoned for 48 hours.

At 18 million ISK a pop, the Siphon Unit is a big risk that may not return on its investment. It took just over a day for my two siphons to be noticed and destroyed, producing a profit of about 90 million ISK for just logging in every few hours to empty them. But if the owner had reacted the materials or turned up a day earlier to check on his starbase, my profit margin would have been significantly less. Someone else could also have stolen the siphon output when I was logged out or waited for me to show up and attacked. The economic impact of siphoning won't be known for some time, but right now the balance feels about right, and there's money to be made for anyone willing to scout out vulnerable moons.

As the kind of player who dabbles in a bit of everything and plays mostly solo, I had high hopes for Rubicon. The amount of content in this expansion isn't exactly huge, but features like the warp speed fix and the new deployables have delivered a lot of bang for their buck. The promise of true space colonisation is still a long way off, but the Mobile Depot and Siphon Unit have already given us a glimpse into the competitive dynamic CCP seems to be heading toward: Tomorrow's EVE will be a universe of constant conflict on all scales.

In the future, Individual players and corporations alike will be better equipped to stake claims on areas of space and disrupt each other's colonisation efforts. Passive income from strategic resources like moons will require constant vigilance to maintain, and alliances may not able to maintain a stranglehold on space they don't use. I feel I've barely scratched the surface of the new opportunities Rubicon has brought, and I am eager to see what the next installment of this plan will entail when four new personal deployable structures are unveiled in Rubicon 1.1.

Brendan "Nyphur" Drain is an early veteran of EVE Online and writer of the weekly EVE Evolved column here at Massively. The column covers anything and everything relating to EVE Online, from in-depth guides to speculative opinion pieces. If you have an idea for a column or guide, or you just want to message him, send an email to brendan@massively.com.
In this article: billboard, ccp, ccp-games, eve, eve-evolved, eve-online, expansion, featured, first-impression, First-Impressions, hands-on, mobile-depot, mobile-tractor-unit, opinion, player-owned-housing, player-owned-starbase, player-owned-structures, pos, pvp, reinforce, reinforced, reinforced-timer, reinforcement, rubicon, sandbox, sci-fi, siphon, siphon-unit, sisters-of-eve, stratios, structure, structures, tractor, tractor-beams
All products recommended by Engadget are selected by our editorial team, independent of our parent company. Some of our stories include affiliate links. If you buy something through one of these links, we may earn an affiliate commission.