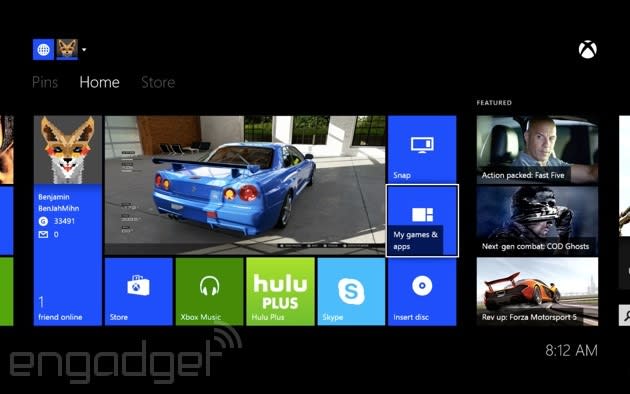 If yesterday's video from GameTuts made you eager to convert your shiny new Xbox One console into a "dev kit," you may want to think twice. In a video posted to YouTube yesterday, the outfit walks through how to toggle the settings menu in order to transform the box into a developer unit. Though the video comes with a warning about the boot loop-inducing error that an incorrect Sandbox ID can trigger, we reached out to Microsoft for some clarity on the matter. As you might expect, the folks in Redmond advise against taking matters into your own hands as "this alone does not turn the console into a developer kit." Of course, you're also running the risk of bricking your device while futzing around. If you've already embraced your sense of adventure, navigating to "Restore Factory Defaults" from the System Settings pane will get your recent investment back in its proper working order while waiting for official developer access. Here's Microsoft's full comment on the matter:

"Changing the settings in this menu is only intended for developers for Xbox One, and this alone does not turn the console into a development kit. We strongly advise consumers against changing these settings as it could result in their Xbox One becoming unusable. Customers who have put their consoles into this developer setting can revert by restoring factory defaults under Settings / System, select Restore Factory Defaults."

In this article: developer, microsoft, xbox one, xboxone
All products recommended by Engadget are selected by our editorial team, independent of our parent company. Some of our stories include affiliate links. If you buy something through one of these links, we may earn an affiliate commission.