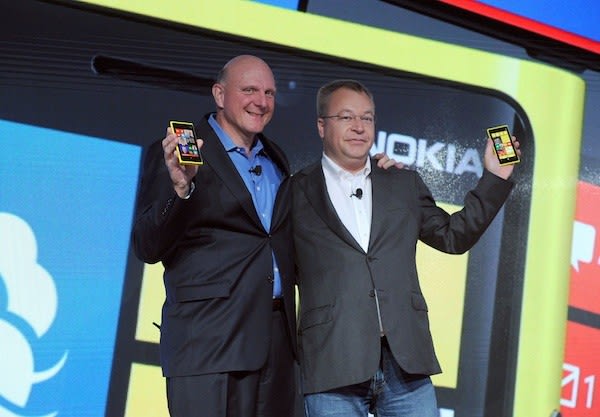 Prepare for a world of Microsoft-made Windows Phone 8 devices. Hot on the heels of yesterday's Department of Justice decision, Reuters is reporting that the European Commission has granted final approval of Microsoft's acquisition of Nokia. The $7.35 billion deal, which is now all guaranteed, will see Nokia's mobile assets folded into the Microsoft camp, effectively giving Microsoft an end-to-end smartphone vertical for its Windows Phone 8 line, as well as a treasure trove of related patents. There's still no word on whether Nokia's former CEO Stephen Elop will helm Microsoft in Ballmer's absence. But with this merger out of the way, we expect that'll be next on Microsoft's to-do list.

Source: Reuters
In this article: acquisition, doj, microsoft, microsoft-nokia, mobilepostcross, nokia
All products recommended by Engadget are selected by our editorial team, independent of our parent company. Some of our stories include affiliate links. If you buy something through one of these links, we may earn an affiliate commission.