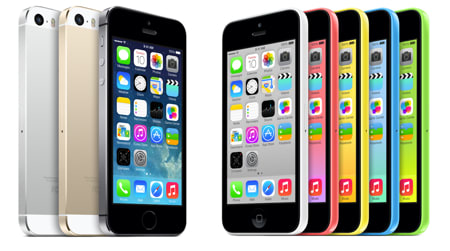 Apple's share of the US smartphone market climbed from July to October of this year, but only by a small margin, according to new data from comScore. The newest report showed a 0.2 percentage point increase for Apple, moving from 40.4 percent to 40.6 percent, and the company remains the top smartphone manufacturer in the states by a very wide margin.

Samsung was the biggest mover on the chart, climbing 1.3 percentage points to 25.4 percent of overall share, with Motorola grabbing a 0.1 percentage point bump to 7 percent. Meanwhile, HTC and LG both lost share, dropping 1.3 and 0.2 percentage points, respectively. In terms of platform market share, Android is still king with 52.2 percent, while Apple remains in second place at 40.6 percent.

In this article: android, comscore, iphone, market share
All products recommended by Engadget are selected by our editorial team, independent of our parent company. Some of our stories include affiliate links. If you buy something through one of these links, we may earn an affiliate commission.