We'd heard about Facebook experimenting with auto-playing videos in its news feeds on mobile (see it in action after the break), but now the change is rolling out widely no matter where you're wasting time from. TechCrunch confirmed the new feature (recently added to the changelog on iOS) is coming to all mobile users, and today learned it's expanding on the desktop as well. Now, Facebook's feeds are more like Vine and especially Instagram, particularly the latter since sound remains muted until the videos are actually clicked. Of course, this is about more than just adding a few extra views to the counter, as it could lead to autoplaying video ads in the feed, which have been rumored for quite some time and are expected to launch next year.

In this article: ads, autoplay, desktop, facebook, mobile, mobilepostcross, video
All products recommended by Engadget are selected by our editorial team, independent of our parent company. Some of our stories include affiliate links. If you buy something through one of these links, we may earn an affiliate commission. 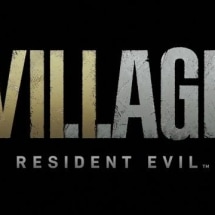