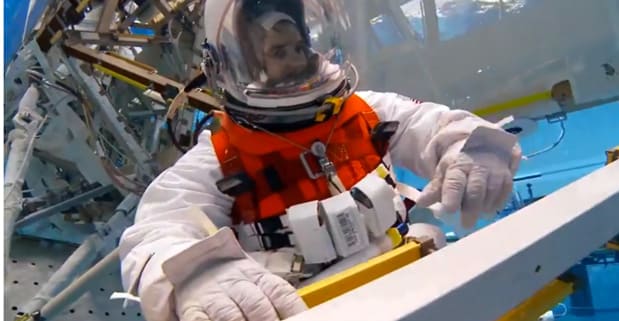 In a tank of water in Texas, NASA's busily testing its wardrobe for a future Armageddon-esque mission. The space agency has been taking advantage of its Neutral Buoyancy Lab near the Johnson Space Center in Houston to run some new space suits through the wringer. The suits are a modified version of the pumpkin-colored launch and reentry Advanced Crew Escape System (ACES) that NASA started employing back in 1994. The tweaked versions are said to be less bulky to better fit within the spacial constraints of the Orion spacecraft and more flexible for walks on deep space missions, including journeys to relocated asteroids. Check out some of the fun in a video below.

Via: The Verge
Source: NASA
In this article: asteroid, nasa, orion, space suits, video
All products recommended by Engadget are selected by our editorial team, independent of our parent company. Some of our stories include affiliate links. If you buy something through one of these links, we may earn an affiliate commission.