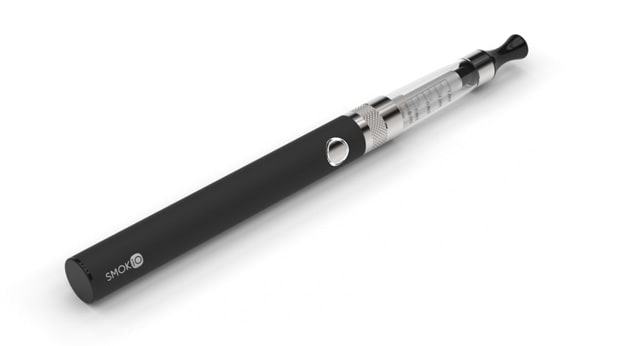 Well, you had to see this coming right? Someone was bound to connect an electronic cigarette sooner or later. Smokio's bringing its e-cigarette to market along with apps for iOS and Android, so you can track smoking, check the battery and regulate the amount of vapor you're getting with each puff. Heck, you can even map all the places you've been smoking with the thing, and if you need some positive reinforcement, the app'll show you the equivalent number of analog cigarettes you'd have smoked, had you not switched. Smokio is currently listed as "coming soon" on the company's site, with no word on pricing. Apparently it'll start shipping next month, after the completion of an upcoming Kickstarter campaign. There's also a video below, if you can stand to hear someone use the term "vape" over and over again in a short period of time. Now if only would could figure out how bad those smartphones are.

Source: Smokio
In this article: android, e-cigarette, electronic cigarette, ios, smokio
All products recommended by Engadget are selected by our editorial team, independent of our parent company. Some of our stories include affiliate links. If you buy something through one of these links, we may earn an affiliate commission.