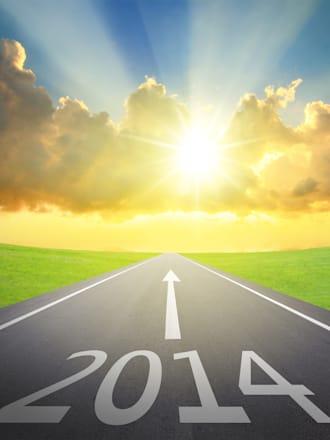 And now a look back at the year that was 2013, a year full of surveillance stories and other terrible things amid a swath of pleasant refreshes at Apple.

Some have called it an incremental year for Apple, and with the possible exception of the Mac Pro, I can see that. There was a lot of product alignment, with iLife and iWork apps getting a rewrite, plus a new moniker for the iPad itself. The split of the iPhone into the S-class and plastic c-class was an interesting twist on the otherwise now-predictable line. Mavericks was certainly incremental, but iOS 7 was a fundamental shift in aesthetic (if not always operation).

Still, Apple didn't release a new product category in 2013. One might argue that the Mac Pro is unlike any pro desktop Mac before it, but it still fits into the overall category of monster power desktops for pro users. As the most radical redesign of hardware in 2013, I think it foretells a coming re-imagining of many Apple product lines.

Apple in 2013 continued to hammer away at perfecting its products, but its competitors did the same with theirs. There's an interesting tale in the companies Apple acquired in 2013 as well. More and more tech will be developed outside of Cupertino, and the company will likely be forced into acquiring more key components to make its visions real. After all, what else are you going to do with all that cash sitting around?

From China Mobile to yet-to-be-revealed future product lines, manufacturing in the US to further refinement of iOS 7, Apple's 2014 should be another amazing year. Maybe even with a new Apple TV!

iOS 7, as has been noted everywhere, is likely the biggest story of the year. It ushers in an era where Jony Ive is doing double duty, providing vision for the hardware and software sides of Apple's house. Although it's a little rough around the edges, iOS 7 sets the stage for a lot of the future of mobile for Apple's lineup, both inside and out.

Bigger than Mavericks, I think, are the complete rewrites of Apple's iLife and iWork applications. While these are still works in progress (no landscape view in Numbers on iPhone, really?), it shows Apple is tightening the ecosystem so that efficiencies are maximized. One code base to rule them all? Maybe someday soon.

Oh, and Apple delivered these updates as freebies, which is an interesting move; we've yet to see what it means for third party developers, if anything. Unfortunately Apple's software -- including services like Maps and Siri -- are starting to seriously lag behind competitors (like Google). 2013 saw a little ground lost, so I'm hoping all of these consolidations and re-arrangements lead to more stability and more features in shorter time frames going forward.

The iPad becomes the iPad Air. The 2 is still around, chugging along, but the mini line now has a Retina screen to differentiate from a slightly less expensive version. These certainly feel like in-between stages. 2014 won't likely bring sweeping changes to the iPad line, although it is increasingly crowded with options.

The iPhone notably split into two lines, one a premium S-class experience with a few sensors separating it from the 5c, which is "unapologetically" plastic and colorful. Apple also went 64-bit on the top-end iPhone 5s (not to mention the iPad Air and Retina iPad mini), which already delivers a performance boost; I expect the 64-bit processors will become a bigger deal as time goes on.

Apple continues to lean in to manufacturing, from its own chips to state-of-the-art Mac manufacturing facilities in the US.

The insides of the Mac line are the big deal, however, and those chips come from Intel. The Haswell chips in particular mean the MacBook lines sing and dance with much lower power draw than before. As noted, Mavericks works well with these, eking out a significant battery boost. Apple hasn't lost its touch when it comes to melding software and hardware, and the current Mac lineup yet again beats previous years' models.

The Apple TV needs a refresh, clearly. What's totally unclear is how this will happen. Not to mention that Apple's selling a top-of-the-line Mac that advertises how well it works with 4K displays, but doesn't have a 4K display of its own -- that's bound to change. Software will continue to become less buggy, and Apple has already put out a tentative six-month timeline for adding back some of the features that dropped out of iWork in the transition to the new versions.

A watch? Yeah, maybe, but it's always important to remember Apple will not release a product unless it feels the product is ready. I think we'll see wearables continue to heat up this year, but Apple is already getting into the sensor-laden future with iBeacons -- which aren't wearables but certainly add to the context of a user's environment.

iBeacons, coupled with sensors like the M7, are already going to provide iDevices with a ton of info. A watch, to be compelling, will have to offer features that make sense, and do so in an elegant and user-friendly fashion. And if we're talking watches, that word fashion is a big deal, too. Apple will have to do better than the Pebble, which I think is one of the best smartwatches out there.

Ultimately we feel sure Apple will continue to refine and develop its existing line. We're hopeful this year Tim Cook and the team will introduce a new product category -- but what that will be is, at this point, anyone's guess.

In this article: 2013, apple, features, iOS, iPad, iPhone, Mac, year in review
All products recommended by Engadget are selected by our editorial team, independent of our parent company. Some of our stories include affiliate links. If you buy something through one of these links, we may earn an affiliate commission.
Share
Tweet
Share