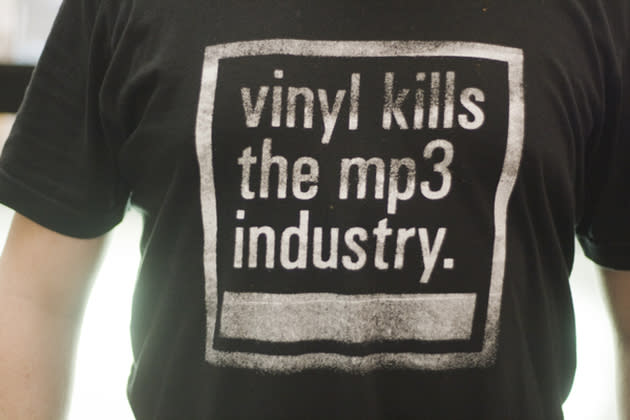 It was inevitable: After years of highs and then a plateau, digital music sales saw their first decrease in 2013. Last year, digital song purchases dropped almost six percent according to a Billboard report, while digital album sales dropped 0.1 percent. Compact discs continued their downward spiral as well, and took a 14.5 percent loss. On the flip side, pure analog music (read: vinyl) showed an increase of 31.9 percent -- representing a full two percent of music sales. Until Nielsen's SoundScan report for streaming hits, however, we won't know how much of an impact the likes of Spotify or Rdio are having on purchases. We have a hunch it'll be rather telling.

In this article: Billboard, DigitalMusicSales, Internet, mp3, Nielsen, soundscan, StreamingMusic
All products recommended by Engadget are selected by our editorial team, independent of our parent company. Some of our stories include affiliate links. If you buy something through one of these links, we may earn an affiliate commission.