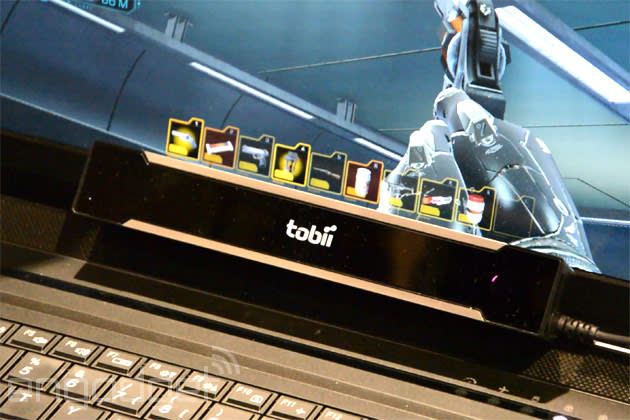 Tobii's getting serious about bringing eye tracking to gamers the world over. Days ago, the company announced a partnership with SteelSeries to build a new sensor bar (still in development) and its EyeX engine meant to bring eye tracking to more games in 2014. Today at CES, we got to see a non-functioning prototype of that SteelSeries the EyeX dev kit hardware (seen in our gallery below) and test out EyeX playing Deus Ex. As a bit of background, the EyeX engine was released a month ago, and using Tobii's SDK and APIs to implement it, devs can combine gaze controls with regular mouse, keyboard and touchpad inputs to provide new gaming user experiences.

Our demo using the Tobii REX sensor, was a bit rough, given that the game was running at a startlingly low frame rate for some reason, and the device hadn't been calibrated to our eyeballs due to time constraints. Still, we could see the potential for the technology, as it allows for faster in-game navigation. For example, the EyeX middleware allows for developers to overlay quick menus on top of the game screen at a touch of a button, and you make your selection by merely looking at the icon you want. Additionally, the control for aiming down the sights simply required closing one eye, while squatting or looking around corners was accomplished by moving our head up and down or side to side. In practice, the menu selection was the smoothest and most accurate implementation, while the character movements were far less reliable -- they worked in about two out of three attempts. Of course, you don't have to take our word for it, you can see for yourself in the video after the break.

Update: The sensor bar pictured below is not a product of the SteelSeries partnership, it's actually a prototype of the forthcoming EyeX developer kit sensor. 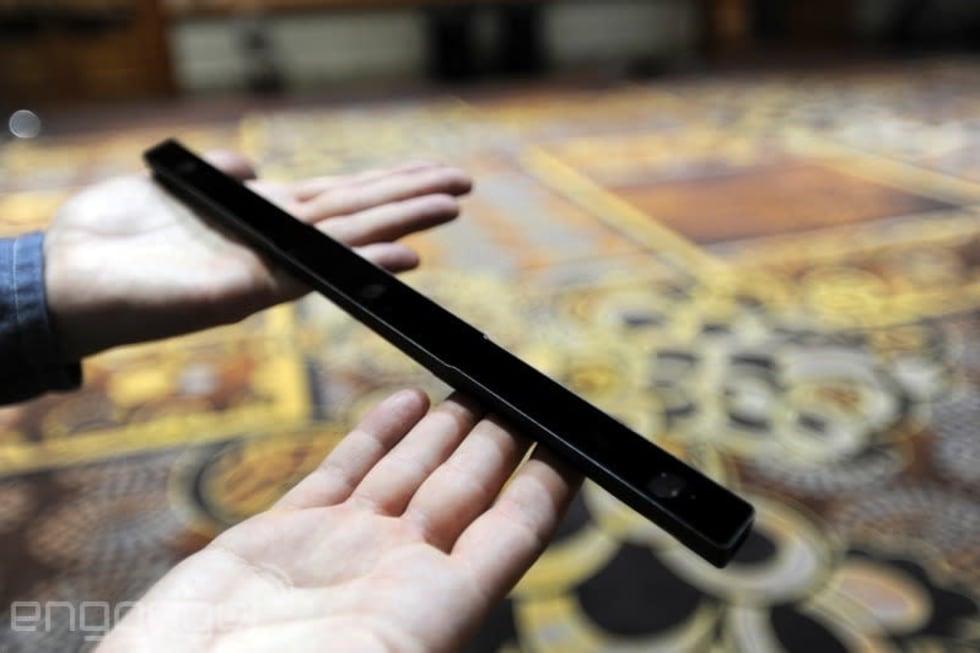 11
In this article: ces2014, eyetracking, eyex, gaming, hands-on, hdpostcross, steelseries, tobii, video
All products recommended by Engadget are selected by our editorial team, independent of our parent company. Some of our stories include affiliate links. If you buy something through one of these links, we may earn an affiliate commission.