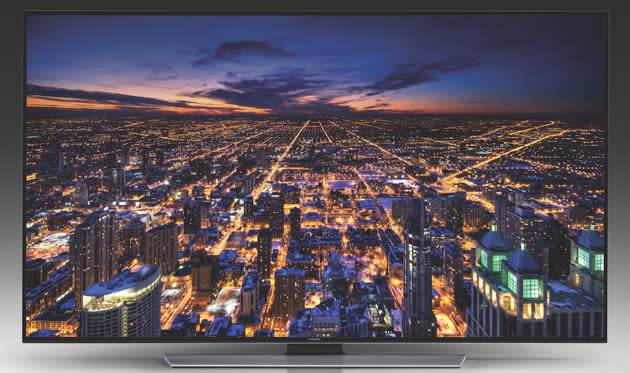 Samsung's Ultra HD TVs won't sell themselves -- they need the content to justify all those extra pixels. To that end, the Korean tech giant has just announced partnerships with companies that will deliver 4K to the masses. Amazon, Comcast/Xfinity, DirecTV, M-Go and Netflix are all working with Samsung to stream the higher-resolution video format through their native Smart Hub apps. You won't necessarily have to subscribe to a service to get extra-sharp media, though. Samsung is going to sell a UHD Video Pack that stuffs a hard drive full of 4K documentaries and movies, and it will offer downloads of additional shows throughout the year (for a total of 50), similar to the service Sony launched last year. Ultra HD content still won't be ubiquitous in the wake of the deals, but they might give you a good excuse to buy your dream TV a little early.

In this article: 4k, amazon, ces2014, comcast, directv, hdpostcross, m-go, netflix, samsung, Samsung U9000, smarthub, streaming, television, tv, uhdvideopack, ultrahd
All products recommended by Engadget are selected by our editorial team, independent of our parent company. Some of our stories include affiliate links. If you buy something through one of these links, we may earn an affiliate commission.